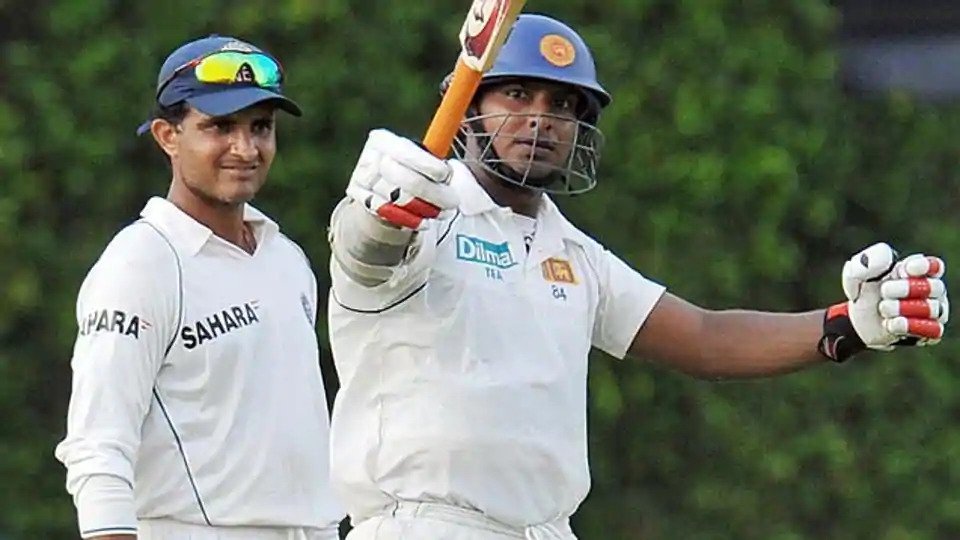 Legendary Sri-Lankan cricketer Kumar Sangakkara recently spilled the beans on former Indian captain Sourav Ganguly’s near-suspension incident. Over on his recent appearance on Star Sports’ Cricket Connected, Sanga offered a throwback to the time when he and his teammates saved Dada from facing a long-term suspension.

Sanga’s story dates back to the rain-marred final match of the 2002 Champions Trophy at Colombo’s R Premadasa Stadium. As per Sanga, at the time of the match, Ganguly had a heated run-in with Lankan all-rounder Russel Arnold. Arnold had, allegedly, been repeatedly running on the wet pitch. Dada seemed quite upset by his actions, and had a big argument with Russel about pitch tampering and as such. The situation got quite flared up; so much so that umpires Steve Bucknor and David Shephard had to report Ganguly to the match referee.

“The umpires were going to suspend Ganguly, he approached us for help”- Kumar Sangakkara

“I remember one very specific incident in a one-day match where he was having this big argument with Russel Arnold,” Sangakkara recalled. “I think Dada was on his final warning and the umpire reported him.”

Sanga went on to reveal that a desperate Ganguly even reached out to the opposition dressing room for support, who, thankfully, agreed to comply. “Dada approached us in the dressing room. He confessed to us that if this went the whole distance, the authorities would suspend him. We told him not to worry and that we wouldn’t make a big deal about it. Thankfully, everything went smoothly from then on.”

“A privilege to know Dada; great character both on and off the field”

Both Sanga and Sourav have now come a long way from their heated, on-field rivalry days. Sanga is presently serving as the Marylebone Cricket Club’s (MCC) interim president, while Ganguly is leading the BCCI. The former reckons that his friendship with Dada has got better with time.

“I did get to know Dada quite well over the years and I enjoyed speaking to Dada on everything, whether it was about playing cricket or captaincy. He was a pragmatic genius and a great player on-field. But even off the field, he is a fantastic guy. I got to know Dada a lot more intimately, and have had a great time in conversations with him. We respect each other,” Sanga said.