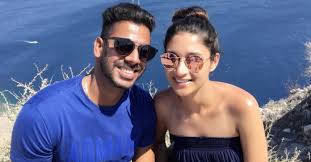 Former Bengal captain Manoj Tiwari has had quite a successful career in the Indian domestic circuit. The right-handed batsman has been one of the clinical mainstays in the east-coast team’s think-tank for several years now. Even at 34-years of age, as the end of his playing career draws inevitably close; his sublime batting skills have come in handy for his side on multiple occasions. Take his maiden triple century, for instance, which came in a relatively recent Ranji Trophy encounter against Hyderabad. There’s no denying the immense stability he has consistently provided his team with.

The international arena, unfortunately, has been somewhat hostile to his talents. Tiwary made his international debut a year later than planned owing to an eleventh-hour shoulder injury. He did get his chance in 2008, though, but a quick dismissal from a peachy Brett Lee delivery started out his international debut rather forgettable. He did have his moments, though, probably none better than his century against the Windies at Chepauk in 2011. Injuries and fitness, though, kept him in and out of the side- the last time he was in was in fact back in India’s 2015 tour to Zimbabwe.

Despite his lukewarm international returns, Bengal’s ‘Chhota Dada’ has many fans to his name owning to his sublime performances in the Indian Premier League. His final-winning exploits from the Kolkata Knight Riders’ victorious 2012 season are still fresh in memory; not to mention, his most successful IPL stint with the Rising Pune Supergiant back in 2017, where he acclaimed as many as 4-MoTM titles.

On occasions, Manoj and his fans have even vented out their frustrations on social media as to why they don’t get to see more of him.

Fair to say, though, that Instagram user ‘IPL Freak’ is not among those fans. Recently, the said-user made a post on their account that featured Manoj as one of the players of a self-appointed ‘flop-XI’.

The post gathered enough publicity to get the attention of Manoj and his family. Manoj’s wife Sushmita Roy was quite upset about the post and even dropped in a strong reply. The admins did remove the post later, but fans had already posted Sushmita’s message.

“Who so ever created dis profile How dare u bloody dragged my husband’s name in it. U better do ur bloody facts check. Do something in ur s*** ugly life rather dan posting s*** about people. Go n get a life.”