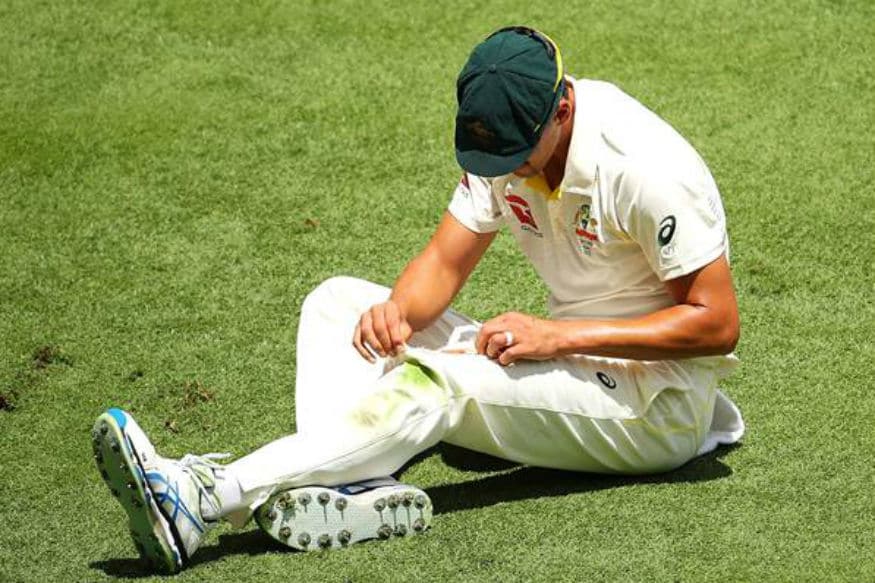 Sources at the Sydney Morning Herald (SMH) have confirmed that Australian pacer Mitchell Starc has acquired video footage to account for the injury that he had suffered back in a test match against South Africa in 2018. Starc had sustained an injury to his right leg at the second test-match of the series in Port Elizabeth; which had forced him to pull out of his whopping INR 9.40 Crore (1.8 million USD) IPL contract with the Kolkata Knight Riders. Reports from the SMH suggest that Starc and his legal team are using the injury-evidence to claim a USD 1.53 million compensation from his contract’s insurance party.

Starc had filed a case at the Victorian County Court last April seeking compensation from the insurers of his contract. United Kingdom-based law firm Clyde and Co are representing his insurers; who’ve expressed dispute over the nature and timing of Starc’s injury. They claim that Starc needs to prove that he suffered ‘a single, sudden, and unexpected event that occurred at an identifiable time and place.’

According to the SMH, Starc’s manager, Andrew Fraser, had provided video-footages of Starc’s bowling to the insurance party in May last year.  Fraser had acquired 2 clips from Fox Sports; one lasting for a minute-and-a-half and the other being 7: 25 minutes long. Both the clips featured Starc bowling in the second test match at the St. George’s Park, and his legal team claim that his insurers had sufficient evidence to assess.

Meanwhile, his insurers object that they need more time to assess the injury. Starc’s legal side, on the other hand, argues that they had more than 13 months to review and request for additional footage. The matter seems to have gone beyond any stages of mediation; the civil trial has already been rescheduled twice- from March 30 to June 17, and is presently scheduled for August 12 this year.

Both parties have filed contrasting medical reports on the situation. Starc’s representative, orthopedic surgeon Russell Miller claimed that Starc’s injury was “complex and multifactorial” but “aggravated around the time of March owing to extreme physical activity including bowling on a pitch with uneven footmarks”.

Meanwhile, Dr. Seamus Dalton, representing his insurers, claimed that Starc did not pick his injury specifically during the second test. “In my opinion, the complainant did not suffer an injury or accident on 10 March 2018. Starc became aware of the onset of right posterior and posterolateral calf pain during the course of the second Test. Onset appears to have been gradual and symptoms continued over the course of the Test,” he wrote.