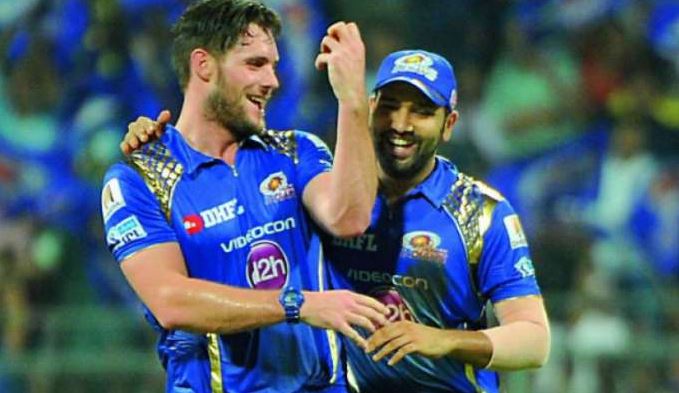 Earlier today, the Indian team completed an incredible, super-over victory against New Zealand. 3-0 up in the 5-match series, India has now registered its first T20I-series win in New Zealand; an accomplishment that took 11-solid years to materialize. On the other-side; the Kiwi players had to digest an agonizingly, bitter pill of let-down. This defeat was, interestingly, their third super-over loss in the last 7-months. Needless to say; a good amount of fans took to social media to convey their emotions for the much-spirited New Zealand cricketers.

Among those fans, one of them was a New Zealand cricketer himself. Kiwi fast-bowler Mitchell McClenaghan kept posting his emotions on Twitter all through the match. In fact, right after the moment when Rohit Sharma smacked Tim Southee over long-off to collect the Indian team’s match winning-six; he made an interesting post.

The post initiated a brand-new discussion among his fans. Several fans came with a question of dilemma for the New Zealand cricketer: which captain did he rate higher? To be clear, fans wanted to know if he felt his national captain, Kane Williamson’s defiant 95-run knock was the best-innings of the match. Or, instead, if he was  more impressed by his Mumbai Indians’ captain, Rohit Sharma’s sensational super-over heroics.

The Captain of which of your team's? 😉
Mumbai Indians or New Zealand?

In his reply, McClenaghan, who last donned the Black-cap back in 2016, didn’t even have to think twice about his answer.

People would hunt for bits of sarcasm in the New-Zealand based pacer’s answer. But actually, McClenaghan and his career have experienced an upward-curve ever since the IPL’s Mumbai based franchise snapped him up in the 2015-auctions. McClenaghan has been a part of MI’s 2015, ’17 and ’19 title-winning IPL campaigns. In fact, his success in the T20 format has prompted him to feature as a ‘T20-mercenary’ across various cricket-leagues globally.

Talking about the match itself,  New Zealand skipper Kane Williamson put the visitors to bat after winning the toss. Rohit Sharma led the charge with a compelling half-century, as captain Virat Kohli and KL Rahul supported his efforts with their clinical batting-performances. New Zealand had to chase a target of 180-runs, and their captain Kane Williamson just about polished-off the chase with his swash-buckling batting. The hosts needed 9-runs to win off the final-over, but Mohammed Shami bowled a fabulous 8-run over to end the match in a tie. In the following super-over, Martin Guptill and Williamson collected 17-runs off Jasprit Bumrah. India looked uncertain in their counter-attack, scoring only 8-runs off the first four balls, until Rohit Sharma casually ended the commotion by smacking Tim Southee’s last 2 balls for consecutive sixes, winning the match.