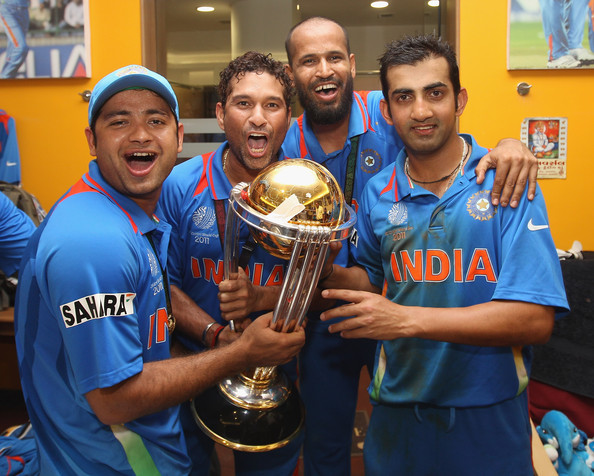 It has been close to 8-years since Piyush Chawla made his last international appearance in a T20I against England. Despite his modest international returns, and not-particularly-eye-catching domestic exploits, the Aligarh-born spin-bowling all-rounder continues to be one of the marquee players of the IPL. You don’t have to look farther than this year’s IPL auctions; where his new franchise Chennai Super Kings snapped him up for a whopping sum of INR 6.75 Crore. Quite the turnaround story of a dark horse, if you think about it.

Piyush, for one, does have a few insights to offer about the story of his underrated career. Over on a recent chat with commentator Aakash Chopra, ‘PC’ shared a run-in he had with one of his selectors during his early playing days which, in retrospect, could’ve had some role to play behind his underplayed international reputation.

“Sachin Paaji scores a lot of his runs through straight drives, people didn’t criticize him for that”- Piyush Chawla

“I remember once I spoke to a selector. That selector sharply pointed out that I take most wickets from googly. I don’t bottle up my emotions, and try to be upfront with my answers. So, I just countered, “If Sachin paaji scores 60 runs from his 100 from a straight drive, does that century not have its value?”, Chawla reminisced on the encounter over on Chopra’s YouTube show, ‘Aakash Vani’.

Interestingly, Piyush’s googly dismissal of Tendulkar in the 2006 Challenger Trophy was one of the noteworthy accomplishments that propelled him to the international circuit in the first place; according to Cricbuzz correspondent Pradeep Krishnamurthy. As for his witty rebuttal, Piyush now reckons that the selector didn’t take too well to his answer. “I don’t think they liked to hear those words. What can I say? End of the day, a wicket is a wicket.” Chawla observed.

He further elaborated on his short-lived test-match career and reasoned why he didn’t find as much success there as he did in the IPL. “I didn’t do well in my first two tests (England, 2006 & South Africa, 2008), I’ll admit that. But I had a decent game against England at Nagpur in 2012, I picked a four-for in the first innings. But the selectors still dropped me after that, so I was a bit disappointed. Personally, I don’t feel the presence of Bhajji Pa (Harbhajan Singh) or Anil Bhai (Kumble) affected my output. Anil Bhai retired shortly after, and Bhajji pa played on-and-off during that time. So I won’t say I was born in a ‘wrong-generation’ for spinners or anything like that

Personally, the last few years, I’ve tried to enjoy my game. I started well in the Ranji Trophy, picking up 5-7 wickets in each match. Honestly, I hadn’t prepared myself if things ever went wrong, so maybe that kind of hurt me. But regardless, both me and the batsmen I’ve bowled to have had to improve our games over time, so it’s a win-win situation. I don’t think too much about these things because then I cannot my game. And I don’t want to play cricket that way,” he concluded.