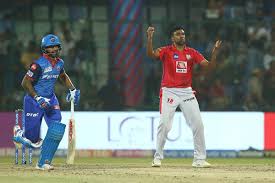 If it weren’t for the COVID-19 pandemic, Ravichandran Ashwin would have been playing for his new IPl franchise Delhi Capitals. Earlier today, the premier Indian test all-rounder opened up to his new franchise on why he made the move from his old team.

For context, Ashwin had been captaining the Kings XI Punjab side since the 2018-season; back when the Ness Wadia and Preity Zinta owned team snapped him for a whopping INR 7.6 Crores. The KXIP management had pinned their hopes on Ashwin’s astute cricket brain; owing to the success he enjoyed with the Chennai Super Kings and the now-defunct Rising Pune Supergiant in the past.

To his credit, the Tamil Nadu-based offie has imparted a healthy team-culture in KXIP’s otherwise haphazardly functioning unit. Over the past 2-seasons, the team has unearthed a number of talents into the international arena; the likes of KL Rahul, Mujeeb Ur Rahman, and Mayank Agarwal being few of them. Ultimately though, on-paper performances are what count. And after failing to feature into the play-offs for 2-consecutive seasons, the Kings management decided to opt for a complete overhaul.

The results of which turned out to be former Indian coach Anil Kumble’s appointment as the team’s new head coach. Ashwin and his captaincy, in the process, were no longer in the larger scheme of things. Ergo, right before the 2020 mega-auctions, they traded him off to the Capitals in exchange for Karnataka all-rounder Jagadeesha Suchith.

“My inclusion will add to the Capitals’ bowling-roster”- Ravichandran Ashwin

But there’s “no bitterness; all parties are happy,” as Wadia had commented on the situation back then. Ashwin too seems to be resonating those sentiments, and appears quite eager train with his new franchise. Over on a recent Instagram session with the Delhi Capitals, Ash revealed what really made the transition to Delhi a special-one for him.

“I was coming to a franchise which had qualified for the playoffs last season and has some very exciting players, including Rishabh (Pant) and Prithvi (Shaw). I thought I could use my experience for the franchise and improve the team further. If I could help in strengthening the bowling, we could be the front runners for the title, I came with that intention,” he observed.