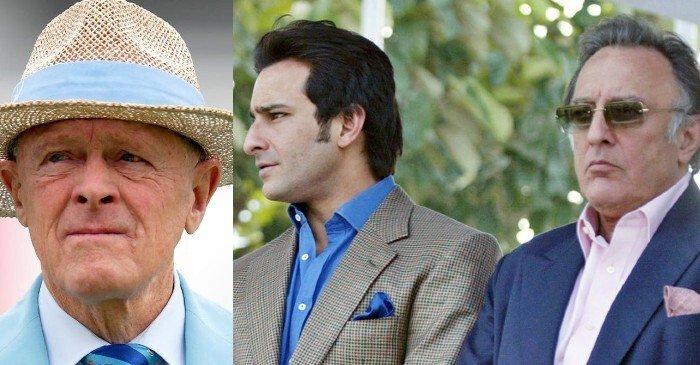 The Indian cricket team of the yesteryears was blessed with some of the evergreen legends who have ever represented the national side in the gentlemen’s game. Former India captain, Nawab Mansoor Ali Khan Pataudi, more popular as ‘Tiger Pataudi’, happens to be one such exceptional cricketer. Tiger led the Indian side in 40 test-matches from 1961-75; a time where he revolutionized the side’s on-field approach courtesy of his swashbuckling batting and bullet-speed athleticism. All this, amidst the severe optical-impediment that he faced for a good part of his career.

Tiger, during the budding days of his captaincy, met with a devastating car accident in England back in 1961. The mishap caused Tiger to lose his right eye, but it couldn’t deter his morale; as he returned to play the gentlemen’s sport with an artificial eye.

Several of Tiger’s colleagues in the cricket fraternity, however, doubted his resolve; some of them even questioned the legitimacy of Tiger’s accident. Over on a recent interaction with Sportskeeda, Bollywood actor Saif Ali Khan, son of the late Tiger, revealed a run-in he had with the legendary English batsman, Geoffrey Boycott, over his father’s visual handicap.

“I looked up to Boycott, but he made me angry one day. He said, ‘I heard about your father. It’ll be impossible to play Test cricket with one eye.’ I asked him if he thought my father was lying, to which he replied, ‘Yes! I think he’s making it up’,” Saif told Sportskeeda.

Saif further mentioned that the senior Nawab reacted very arrogantly to Boycott’s criticism. “I told my father that, and he didn’t like it at all. He said, ‘Well, I was bloody good with two eyes. I’m just good with one.’ ‘. Before this, I had never heard him make an arrogant remark like that,” said the ‘Bollywood Nawab’.

He concluded by saying that he loved his father’s carefree approach to the sport. “If he didn’t want to tour, he wouldn’t lie and tell them he wasn’t available. He felt very passionate about the sport, but didn’t let that overload him. He once told me that he was losing interest in the game in the ’60s, because cricket was becoming taxing for him.” Saif concluded.