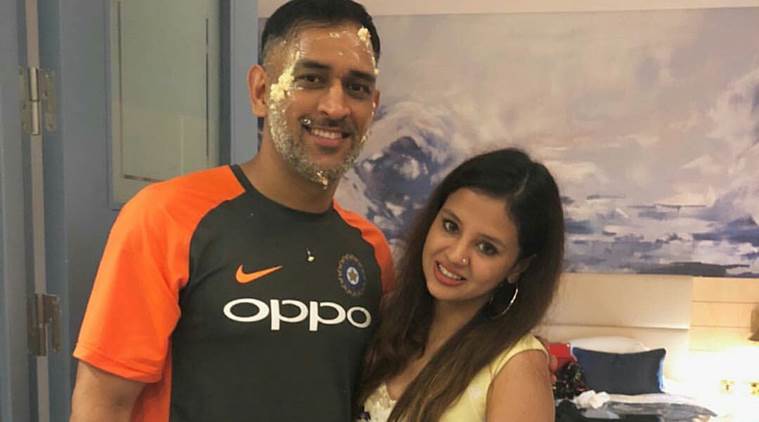 Some people tend to escalate the buzz further by circulating rumors around the situation, which doesn’t contribute positively towards Captain Cool’s popularity. Earlier today, Dhoni’s wife Sakshi busted one-such rumor on Twitter, which suggested that Dhoni had recently retired from the game.

It all started from yesterday evening, when #Dhoniretires started to trend over on Twitter. While it did acquire some attention, several of Dhoni’s followers were quick to quash the false claims. His wife Sakshi happened to be one of them, and made a rather strongly-worded tweet to express her disappointment on the matter.

Fake tweet created by someone.@SaakshiSRawat #DhoniNeverTires I think Dhoni Will Comeback and Finish off in his Style Again.🙂 pic.twitter.com/mddBsP5qIP

She deleted the tweet almost immediately, though, which does lend some context to the speculations. To be fair, Sakshi has been quite active about rubbishing any false claims about her husband. Back in last September, for instance, she had addressed similar concerns surrounding his future following Dhoni’s military assignment in the Kashmir Valley.

‘It’s called rumors,’ she had said.

If not for the prevailing global COVID-19 pandemic, we would’ve had a much better idea as to what the future holds for Mahi. As it presently stands, the indefinite postponement of the IPL-13 has made matters much more complicated.

Interestingly, sources close to Dhoni claim that the former skipper no longer has the motivation to represent the Indian team. His CSK off-spinner teammate was one of them, who told Rohit Sharma the same over on an Instagram chat.