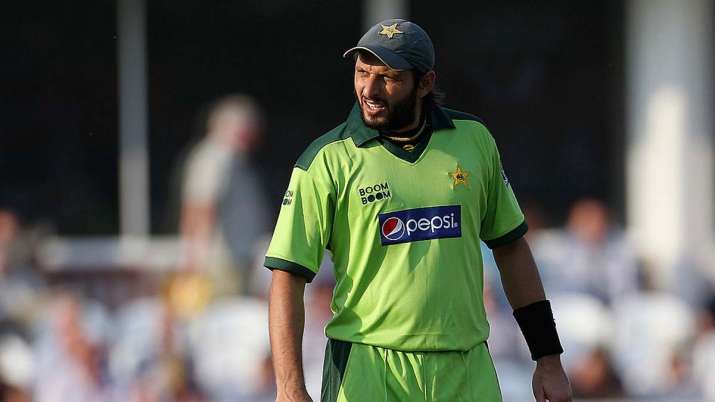 Former Pakistan all-rounder Shahid Afridi has quite a passionate side when it comes to dealing with the Indian cricket fraternity. The erstwhile captain of the men-in-green has, on past occasions, come under severe scrutiny for his brash and sometimes, downright, demeaning comments about his arch-rival country’s prowess in the gentlemen’s game. Something similar elapsed over on his Twitter Q/A session on Wednesday when a fan questioned his poor World Cup record against India.

Afridi, for all his ‘Boom-Boom’ pyrotechnics, hasn’t been much impressive against his arch-rivals in the World Cups; neither in the ODI editions nor in the T20Is. In the four India-Pak matches Afridi featured in, he could only amass a whopping 56-runs; his scores reading 6, 9, 19 & 22 chronologically. Neither was his bowling anything to brag about, as he picked just a solitary wicket. In the T20I scheme of things, Lala only scored 16-runs across 3-innings and couldn’t collect any wickets. Unsurprisingly, his team missed his services big-time and went on to lose each of those matches.

Shahid Bhai asking respectfully,what do u think was the reason behind your poor performance against India in WC?,U scored just 56 runs in 5 matches and just picked up 1 wkt in total. #AskAfridi

Twitter user Ammar Ahmad (@Itsammar2001) inquired Afridi about the same, additionally asking if he could pinpoint any particular cause behind his not-so-impressive performances. Afridi did answer the question- but it’s fair to say many fans wouldn’t be too pleased with what he wrote.

I think Indian team was lucky 😊

Bizarre as it was, the aforementioned tweet doesn’t come close to some of the more incredible claims Afridi has made in the past. Over on his recent cameo on YouTube’s Cric Cast show, he claimed that players from the Indian team would often ‘beg forgiveness’ after losing.

“We’ve beaten them a lot, bohat maara hai unhe. They even begged us forgiveness after the matches. But I enjoyed playing against India and Australia. There’s added pressure; they’re both good teams, and they’ll attack you every chance you give them. It’s a challenge to tour and perform well in their conditions,” he had said.