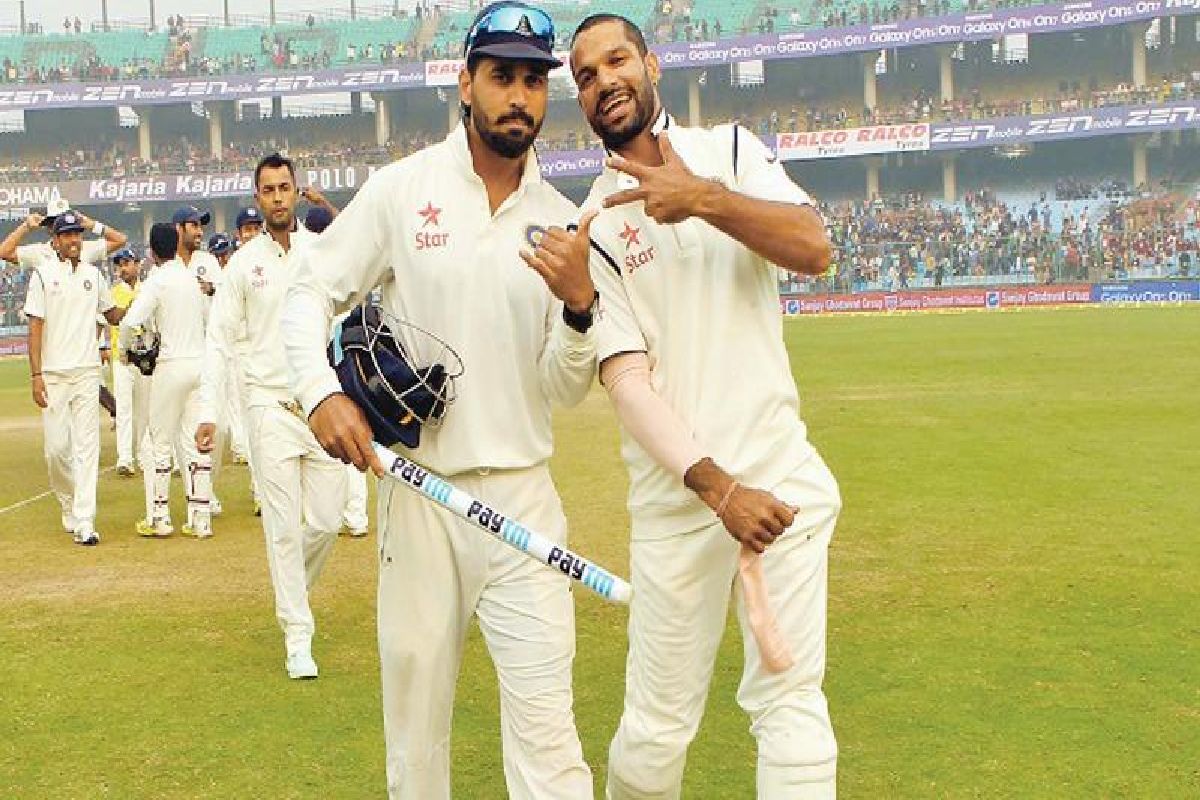 The ongoing lockdown, for one thing, has brought fans much closer to their favorite cricket stars. In the absence of live, on-field action, several players have utilized the time to up their social media popularity by getting closer to their audiences. Australian opener David Warner, for instance, has become quite famous for his fun family videos on TikTok. Others, like Aakash Chopra and Rameez Raja, have come up with fun discussion/ interview-based content with their mates in the fraternity; offering more insights to the lives of our beloved cricketers both on and off the field.

India off-spinner Ravichandran Ashwin seems to have also hopped on to the bandwagon of the latter category. Over the past couple of days, he has been doing a segment on his Instagram titled ‘Reminiscize with Ash’. One of the recent episodes featured his new Delhi Capitals teammate Shikhar Dhawan; who made some really interesting points about Ashwin’s Tamil Nadu team-mate, Murali Vijay.

Ash and ‘Gabbar’ were discussing about the Indian team’s test-match prowess when, at one point, their conversation meandered over to Vijay. For context, Dhawan and Vijay operated as the team’s first-choice openers from 2013 till mid-2018. The duo, as Dhawan reveals, has quite a bit of camaraderie.

“He is a lovely character both on and off the field. I know him very closely. He is a beautiful soul. For everything, he is a bit like ‘not like this, not like that’. I am a ‘bindaas’ character,” Dhawan said. He further elaborated on the occasional, light-hearted arguments they have about running between the wickets.

“When we argue, I tell him, ‘you’re like my wife'”- Shikhar Dhawan on Murali Vijay

“I tell him ‘you’re like my wife’. Sometimes, when we don’t take a run, we argue but it gets sorted soon. And it’s very difficult to understand him. You need to have a calm mind and patience to understand him. But he is a lovely chap. I love opening with him. We have done very well for the country. We are still very good friends. Of course, I look forward to spending time with him and having a good laugh with him. Sometimes, when he says something, I don’t understand. But after 1-2 years, when I recall what he said, I understand it then”, Dhawan summarized.

As for when fans will get to see Dhawan and Vijay back in action- that’s a bit tough to comment on. Both of them have been out on the fringes ever since the Indian team’s tough test-series in England back in 2018. While Dhawan continues to be a part of the LOI teams, Vijay, at 36-years of age, seems to have reached the end of his international career.