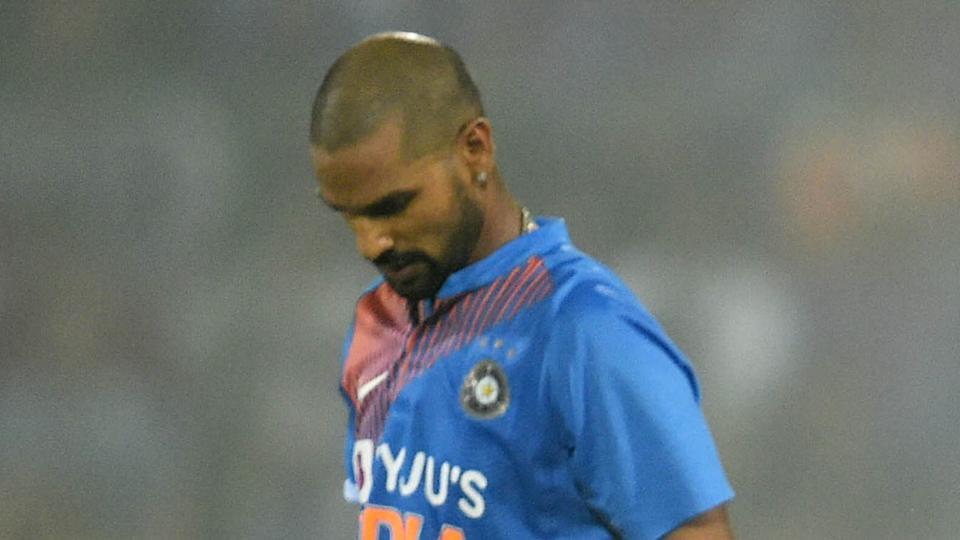 India’s premier limited-overs opener Shikhar Dhawan continues to be out of action, as his still recovering knee-injury rules him out of the ODI series against the West Indies.

33-year old Dhawan had injured his left knee while playing for Delhi in a Syed Mustaq Ali Trophy match. During Delhi’s game against Maharashtra, Dhawan attempted a full-stretched dive back to his crease. In the process, a splinter of wood had pierced through his knee and made a nasty cut. The injury was too severe and hence the selectors decided to omit him for the T20I series against Windies. Middle-Order Wicket-Keeper batsman Sanju Samson replaced him in the team.

However it seems the injury will take a bit more time to undergo complete recovery. “The stitches are off and his wound is healing gradually. But he still needs some more time before he regains full match fitness,” a BCCI medical team official explained in a media-release statement.

The likes of Shubman Gill and his incumbent-replacement Sanju Samson were well in the fray to replace him. However the selectors have finally decided to try out test-opener Mayank Agarwal in the limited-overs format.

Mayank has enjoyed a dream-run in test cricket so far. He debuted against Australia at the Melbourne Cricket Ground for last year’s Boxing Day test. Ever since, he has scored runs on a consistent basis to cement his place as the test-side’s first- choice opener. This isn’t the first time that Mayank is selected for ODIs, though. Back in the 2019 World Cup in England, the selectors controversially named him Vijay Shankar’s replacement ahead of Ambati Rayudu.

Having said that, his selection comes at the back of some impressive domestic performances. Mayank scored a crucial, match-winning fifty for Karnataka in the Vijay Hazare Trophy final against Tamil Nadu. He also compiled a fine ton for India-C at the Deodar Trophy in November. The 28-year old averages 50.90 in First-Class cricket with 13 centuries and 15 fifties.

With all that said, Mayank’s selection in the playing-XI might not be an automatic-one, given his Karnataka team-mate KL Rahul’s presence in the team. Here is the full squad for the ODI series: