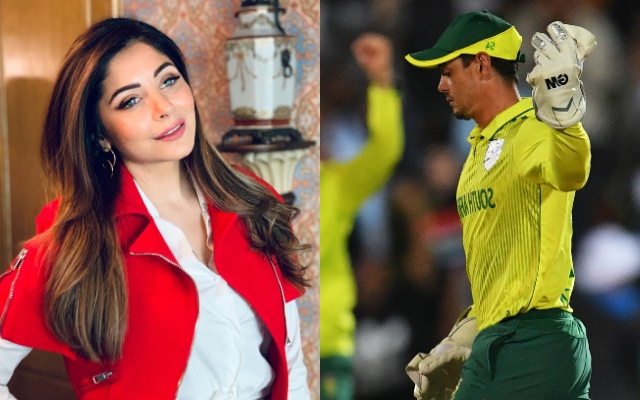 Earlier this month, the Board of Cricket Control in India (BCCI) called off team India’s ODI series against South Africa team. The decision came as a precautionary measure against the prevalent novel-coronavirus outbreak. However, despite the BCCI’s best efforts to safeguard the visiting Proteas side; the damage seems to be already done.

Earlier today, sources confirmed that the touring South Africa team stayed in Lucknow’s Taj Hotel; the same hotel where Bollywood singer Kanika Kapoor stayed. The reason for concern stems from the fact that Kanika has recently tested positive for COVID-19.

According to sources, Kanika arrived at India from London on 9th March and checked into the hotel at the same date. The South Africa team, meanwhile, arrived at Lucknow on 13 March; a day after the first ODI got washed out at Dharamshala. It’s unknown when they left, but the team did another brief check-in at a hotel in Kolkata. They finally departed from India on 16 March.

The Times of India interviewed one of the concerned officials on the matter; who revealed that CCTV footage showed Kanika present in the hotel at the same time as the South Africa team. Further, they explained that further information would come only after a scan of the CCTV camera footage. “There are reports that she dined in the hotel’s buffet and also attended several guests in the lobby. She was living there at a time when the South African team was staying in the hotel for the second ODI at Lucknow”, the official said. “There is information that Kanika attended a news channel’s annual conclave held at the hotel. I think it is important to scan the CCTV footage and list those who came in contact with her”.

Meanwhile, the South African government has already directed the returning players to isolate themselves for a minimum of 14-days, to ensure safety for everyone around them.