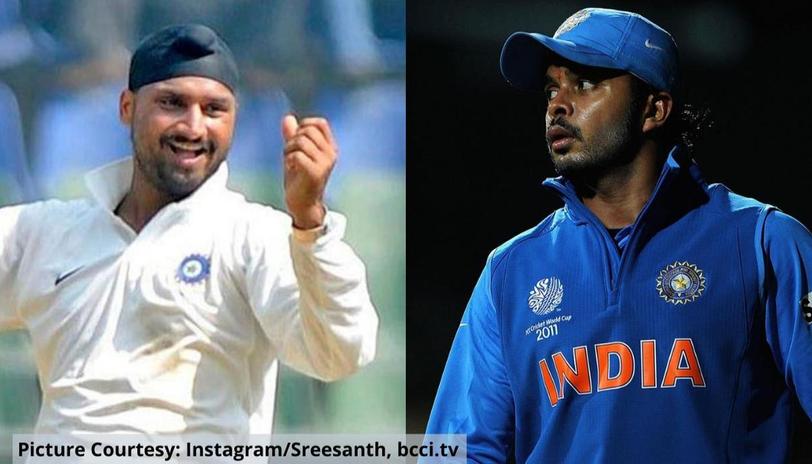 Veteran Kerala fast bowler Santhakumaran Sreesanth recently opened up about the infamous 2008 ‘slap-gate’ saga. Over on a recent interview with cricketaddictor.com, Sreesanth revealed how the incident helped him and his ex-India teammate Harbhajan Singh bond more closely.

For context, 2008 had already been quite an emotion-marred year for the Jalandhar born-offie Bhajji. Earlier that year, Harbhajan and Australian all-rounder Andrew Symonds had had a nasty on-field spat during the second Border-Gavaskar test-match in Sydney, that soon snowballed into the infamous ‘Monkeygate’ scandal. The Australians accused Harbhajan of racially-abusing Symonds, which awarded him with a three test-match ban. While he did make his comeback in style in the LoI series that followed, Harbhajan’s frustration was quite visible.

His Indian teammate Sreesanth got a taste of that frustration in the post-match proceedings of the IPL match between Kings XI Punjab and the Mumbai Indians. The match, played at Mohali’s PCA Stadium, ended with the hosts Punjab winning by 66-runs. Sreesanth decided to have some fun with his spin-bowling teammate; so when the players greeted each other for handshakes after the match, Sree rubbed his nose over his team’s win by taunting Bhajji, “Punjab Bombay ko haraayegi”. (T: Punjab will beat Mumbai). A severely-agitated Bhajji finally lost control over his temper and slapped Sreesanth hard on his face.

The incident acquired quite a bit of publicity, especially with Sreesanth’s public on-field breakdown. Now, nearly 12-years since that unfortunate incident, Sree revealed that the reason behind his reaction was to save his ‘brother’ Bhajji off any behavior-related punishments.

“We had sorted it quick thanks to Sachin (Tendulkar) paaji, you guys play in the same team, I said absolutely fine, I’ll go and meet him. We met and had dinner on the same night but the media took it to the next level,” Sree opined.

“I cried and begged Navnati sir not to ban Bhajji, he’s my brother”- Sreesanth

He further explained that he reacted the way he did in front of a BCCI-appointed commissioner Sudhindra Nanavati to save his Punjabi teammate from any repercussions.

“I cried in front of Navnati sir, check the video. Not because I was angry or upset; but because I genuinely wanted Bhajji paa not to face cop a severe punishment. I appealed to him, “Please don’t ban Bhajji pa, we are going to play together. I don’t want anything to be taken away from him;  he is a match-winner, he has taken hat-tricks for India.” I had just started playing and I wanted to win matches with alongside him. I consider him as my elder brother. You’ll have to contact Navnati sir for the video, he heard me saying everything,” Sree claimed.

He concluded saying that both he and Bhajji had put that incident behind them. “We’re on good terms now. He has changed a lot, he even publicly asked me to forgive him, which I have happily done. Bhajji will always be my elder brother- what happened in Mohali was bad, no doubt. But it can happen sometimes, and he’s a legendary player and a great friend,” he finished.