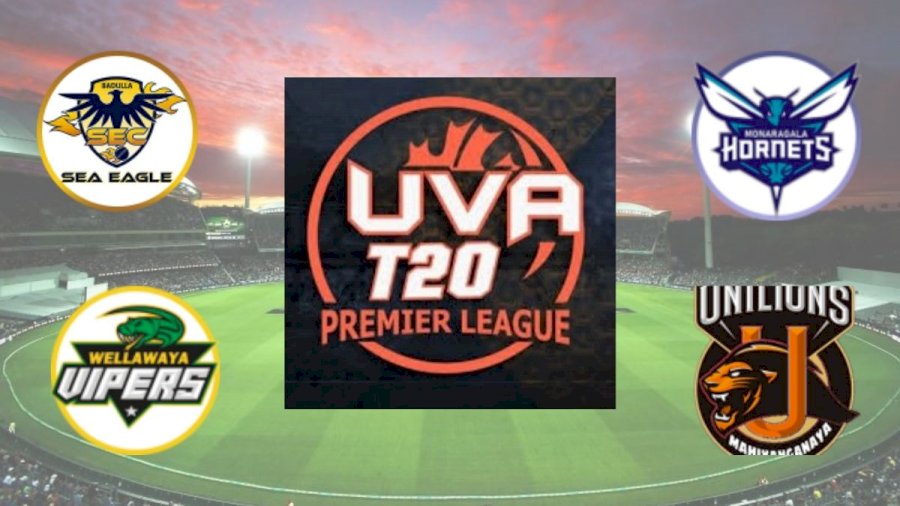 As Covid-19 hit the world, many things came to a standstill. One of them was definitely cricket all around the world which had to stop abruptly. Many leagues and series had to be put on halt due to the pandemic. However, cricket is now slowly seeing the light of day with several T10 and T20 leagues being played in some of the countries.

Even international matches are all set to resume after a hiatus of almost four months with the Test series between England and the West Indies from July 8. In the meantime, cricket in Asia also restarted with the Sri Lankan UVA Premier League. Four teams were to compete in the tournament and the two matches had already been played on the opening day. It was reported that biggies like Farveez Maharoof, Tilakaratne Dilshan, Thilan Thushara, Dasun Shanakaand and Ajantha Mendis will battle against each other on the field.

Unfortunately for the fans, the tournament got cancelled right after the two matches were played. This came as a surprise for everyone since the opening game of the tournament was a great clash. The match saw both the sides scoring more than 200 runs.

The prime reason for the cancellation of the tournament is that the legal team of Sri Lanka Cricket (SLC) decided to unauthorize the tournament according to a fantasy platform. Also, the likes of Dilshan, Maharoof, etc. didn’t play in any of the two matches that were played. On the contrary, Maharoof took to his official Twitter account on Sunday to clear the rumours of him playing in the league. 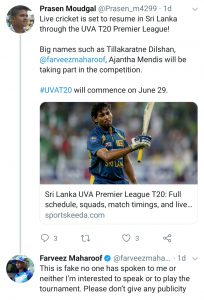 Interestingly, this is the second tournament to get cancelled in Sri Lanka after the PDC T10 League. It was scheduled to be played from June 25. The likes of Nuwan Kulasekara and Ajantha Mendis were reportedly set to star in it. As for the Asian cricket fans, the wait just gets longer and it will be interesting to see when cricket actually resumes here.