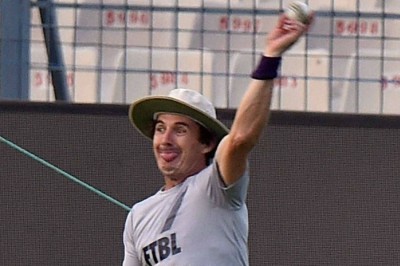 There’s been much going on in the sports arena in wake of the ongoing COVID-19 pandemic. Prominent global sports-events like the La Liga and NBA have had to be postponed keeping health-safety issues in mind. Cricket too, has had to the bear the brunt of the coronavirus- over the course of just this week; as many as 4-international bilateral series have been called off. In fact, at the time of writing, the Pakistan Super League (PSL) happens to be the only ongoing cricket-event getting global coverage.

With talks of postponement and rescheduling occupying forefront, one can quite imagine the anxiety fans of the Indian Premier League are experiencing. The iconic cricket-fiesta looked all-set to embark on its 13th-year from March 29; but COVID-19’s untimely emergence has rendered that possibility moot. Instead, the BCCI has now now primed the tournament for a postponed start- extending at least until April 15. Additionally, talks of playing the tournament in evacuated stadiums as a precautionary-measure are still doing the rounds.

“IPL 2020 will be truncated”- Sourav Ganguly

To top off all the glum headlines, BCCI president Sourav Ganguly also confirmed that the tournament, if played, will almost certainly be a reduced-form of the originally planned version. “If everything does go ahead as planned, from April 15, we’ll still be losing 2-weeks. It has to be a truncated event. How truncated, how many games lost- obviously, can’t comment on that at the moment.”

The likelihood of an ‘abridged’ IPL, somewhat surprisingly, has resonated well among several fans. In fact, former Australia leg-spinner Brad Hogg entertained the idea of a mini-IPL on his Twitter account. The 2003 and ’07 World Cup winning Aussie china-man engaged on a Twitter conversation with several of his followers, discussing the pros and cons of a shorter-edition of the iconic cricket tournament. Hogg  further opined that a shorter, month-long T20 tournament might actually be perceived well by Indian fans.

Joining in the conversation, a Twitter user named Moinak Das (@d_moinak) came up with the suggestion of playing IPL as a group-stage tournament. Moinak’s suggestion centers around the premise of a classic group stage tournament, where every team competes against every other team in the group once. The format features a much smaller number of venues unlike the round-Robin format, which mostly opts for a home-and-away system of venues. Teams belonging to the top-half of each group table qualify for the knockout-rounds, competing in the semi-finals and finals at different venues. Das refers to the recently concluded Women’s T20I World Cup as an example of the format’s success.

Hi Brad. Would you be comfortable with an IPL format based on the Women's T20 WC one. 2 groups, 4 teams in each. Top 2 from each play SF & then, Final. Do away with the home-away format & limit the no. of venues. Would be better logistically too & you can get a fair tournament.

The solution impressed Hogg, who tweeted to Sourav Ganguly and the BCCI  describing Moinak’s ‘great solution’. In his tweet, Hogg explains the scheme’s viability, acknowledging the lowered logistics and travel time. Hogg further appreciates the suggestion for its effectiveness towards minimizing health-risks.

To Ganguly & #BCCI @d_moinak has a great solution for #IPL time poor scenario. 2 groups of 4 each play in one region, reducing travel requirements, with 2 semi finals and a final played at a different venue from group stages. Saves logistics & minimizes health risks. #Cricket https://t.co/CxCmO7vg95