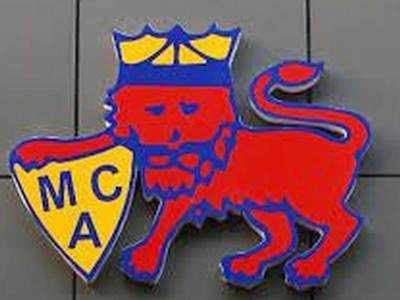 There have been some changes in the schedule of India’s upcoming home-series against the West Indies. The opening T20I match, which was earlier going to happen at Mumbai’s Wankhede Stadium, will now be played at Hyderabad’s Rajiv Gandhi International Stadium. Wankhede will now instead, host the third, final T20I game of the series.

Originally, Mumbai was hosting the opening match on December 6th while Hyderabad would host final match on 11th. The venues have been swapped since the Mumbai Police would be unable to provide adequate security for the match. The second match will go-on as planned originally at Trivandram’s Greenfield International Stadium on 8th December.

The decision has been made since the Mumbai Cricket Association (MCA) expressed uncertainty about the Mumbai Police’s ability to provide security during the match. That said, the MCA were still optimistic that the issues surrounding the game would be resolved soon. However the BCCI does not want to risk the match, hence they took an early call on the matter.

Mumbai Police will be on high alert on 6 December

The first match is on the 6th of December, which also happens to be the anniversary of the Babri Masjid demolition. But more importantly, the date clashes with the death anniversary of Dalit icon BR Ambedkar. Thousands of his followers will gather at his memorial in Dadar called the Chaityabhumi. The multitude of events poses multiple challenges for the Mumbai Police, who will have their tasks cut out on this high-alert day. Hence the BCCI had to re-assess their choices for a viable venue.

The Hyderabad Cricket Association (HCA) will now have to speed up their arrangements since the match is only a fortnight away. Thankfully they had already called for the tenders, so the only challenge now is to complete the process in time. A source from the HCA echoed similar sentiments in his statement. “It won’t be a hassle but the officials will now have to sit down and rework the scheme. There is no time to waste, hence we can’t afford the slightest of laxity from the officers.” the source said.

Interestingly the West Indies team won’t really be travelling to India, since they are already here. They will play a test match against Afghanistan in Lucknow which starts next next Wednesday. India meanwhile are currently playing their maiden day-night test against Bangladesh at the Eden Gardens.