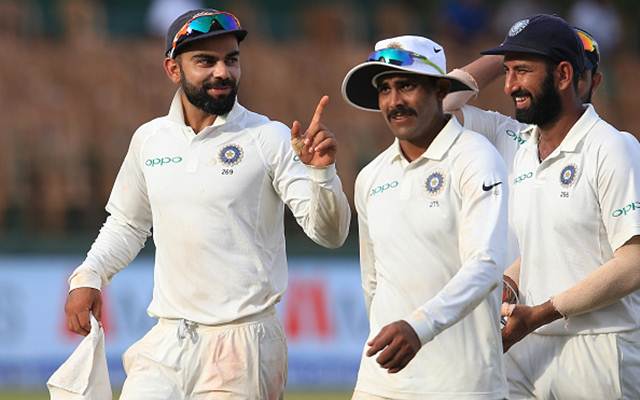 The current Indian setup boasts of some of the best fielders in the World. The athletic likes of Virat Kohli, Ajinkya Rahane and Shikhar Dhawan- among a bunch of other players, have been at the helm of several of the team’s batting-dominant victories. That, however, shouldn’t take away from the fact that on multiple occasions; their sublime fieldsmanship has come in incredibly handy in crunch situations.

But when it comes to the team’s best fielder- it’s a no-brainer; all-rounder Ravindra Jadeja leads the pack by a country mile. The Saurashtra -based all-rounder has turned around the course of many a games single-handedly; all courtesy to his sublime on-field athleticism. Remember the Rassie van der Dussen relay-catch from last year’s T20I? How about the sensational Jimmy Neesham run-out from the series against New Zealand earlier this year? Yeah, the entire list is quite a long one, so we’ll conveniently leave you with some of the recent ones.

The Indian fielding coach, R Sridhar, for one, seems to openly endorse this fact. In a past interview with the ToI, here’s what he had to say about Jadeja:

“He is someone who can keep the opposition on their toes with his fielding. He has an intimidating presence on the field. I wouldn’t like to go very far but in the last decade or so Jadeja has been the best fielder India has had.”

Well, guess what? If a validation from the team’s fielding coach wasn’t enough; King Kohli himself acknowledged ‘Sir’ Jadeja as the best. And it’s about as convincing as it can get.

Broadcasters Star Sports recently took to their Instagram page to post a survey post about the best Indian fielder. A rather straight-forward contest- Virat Kohli, or Ravindra Jadeja? But even before fans could start dropping in their votes, Kohli ended the debate in a rather convincing fashion. 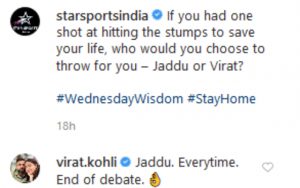