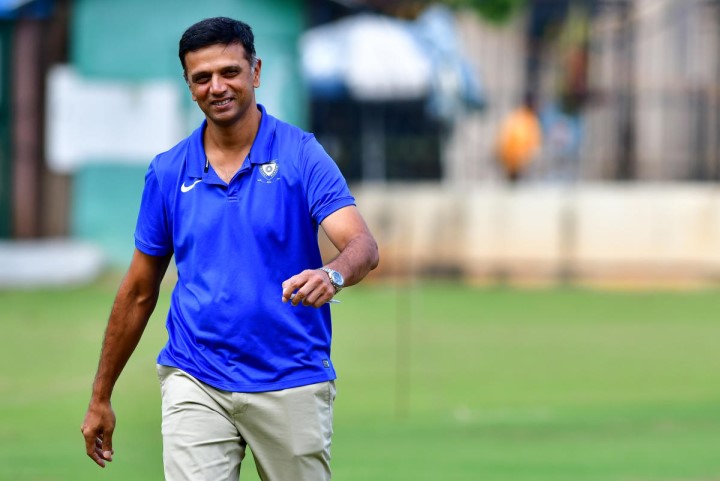 Cricket in India is worshipped and legends turn into Gods. It’s definitely a tough task to handle the team as a captain and coaching it is even more difficult. The job requires great interpersonal and intrapersonal skills. Only when one is mentally tough, can he take the mantle of coaching a team.

Apart from this, there can be numerous other reasons why one wouldn’t want to take up the job as an Indian coach. Former Committee of Administrators (CoA) chairman Vinod Rai has revealed the prime reasons why Rahul Dravid rejected the job of coaching Team India.

When Kumble’s tenure as a coach came to an abrupt end, the coaching recruitment panel reached the former Indian player, but he kindly refused to take up the role. There were many speculations about why Dravid did so but finally we have all the answers.

In a live session with Sportskeeda on Facebook Rai said: “Rahul was very upfront with us.” He said, “look I have two boys growing up at home and I have been travelling with the Indian team all over the world and I am not able to give time and attention to them, I think I must stay at home also and give time to my family.”

I feel that was a valid request and however he was still very much in the zone of consideration. Rai further shared another reason that kept Dravid from team India’s coaching chair. Dravid was already working at the grassroots level, coaching both India A and U-19 squads, and he, in no way wanted to leave those projects hanging.

Dravid, Shastri and Kumble are the best in the business: Vinod Rai

At the end, Cricket Advisory Committee (CAC) appointed another former Indian Cricketer and a articulate commentator, Ravi Shastri as the head coach.

“Look, in terms of potential for coaching, Dravid, Shastri and Kumble are the best in the business,” Rai said. “We definitely talked to Rahul. He was involved with the Under-19 team. He had developed a road map on how to build a team. The results were amazing. He wanted to continue there because there was some unfinished business that he had to take care of.

Under Dravid’s coaching, India lifted the 2018 U-19 World Cup title. He is currently providing his services as the head coach of National Cricket Academy (NCA) in Bengaluru.