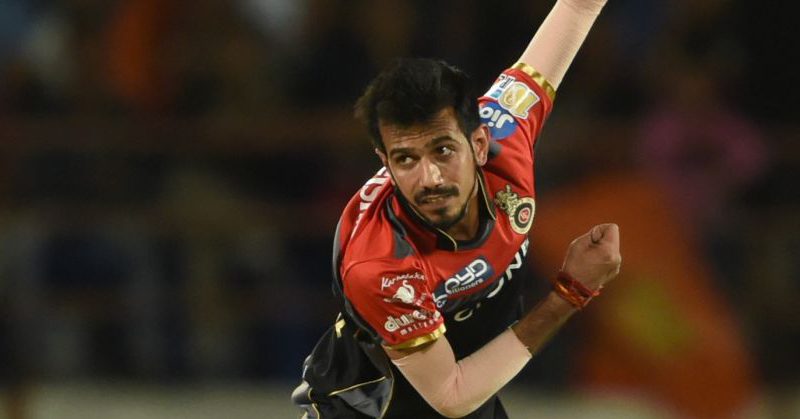 Team India leg-spinner Yuzvendra Chahal has been a part of the Royal Challengers Bangalore franchise for six seasons now. And while Yuzi himself has garnered a reputation as one of IPL’s marquee stars; his team doesn’t have quite the same amount of bragging rights. 12 years have passed since the Bengaluru-based side’s inception back in 2008, but their trophy cabinet continues to remain barren. But more alarming than their seemingly permanent-misfortunes is the outlying reason behind their performances- or lack, thereof. A disturbing trend haunts the RCB-team, a trend that- more disturbingly- the team hasn’t been able buck in all this time.

Over on a candid chat with presenter Aakash Chopra, Chahal was open to concede that his team hasn’t yet quite found its death-bowling mojo. The RCB team, while blessed with the batting flamboyance of stars like Virat Kohli & AB de Villiers; and even prolific run-scorers like Chris Gayle, Quinton de Kock, and Brendon McCullum in the past- has never really singled down on a couple of ‘death-specialists’ like some other teams have. Barring a third-place finish in the 2015-season, where Australian paceman Mitchell Starc breathed fire into their side; Virat and his passionate red-brigade have been, on more than one occasion, let down by their lackluster bowling. ‘Death bowling’ specifically, as per Yuzi.

“Barring that one season with Starc, RCB have had problems with death-bowling”- Yuzvendra Chahal

“It always comes to our mind what we should do next. I have played for RCB for 6 years. The problem has always been, other than the one year when we had Starc, our death-over bowling,” he admitted. “Because we keep a tight leash till the 16th or 17th over. But it goes downhill after that, and I feel we have lost at least 30% of the matches due to the last 3 overs.”

Thankfully, the 2020 season does appear a bit more promising on that front; especially with the additions of Chris Morris, Kane Richardson, and Isuru Udana in their roster. For the time being, though, Yuzi and RCB would be more eager to reach the Emirates safe and sound. The Dream 11 IPL 2020 starts from 19 September.