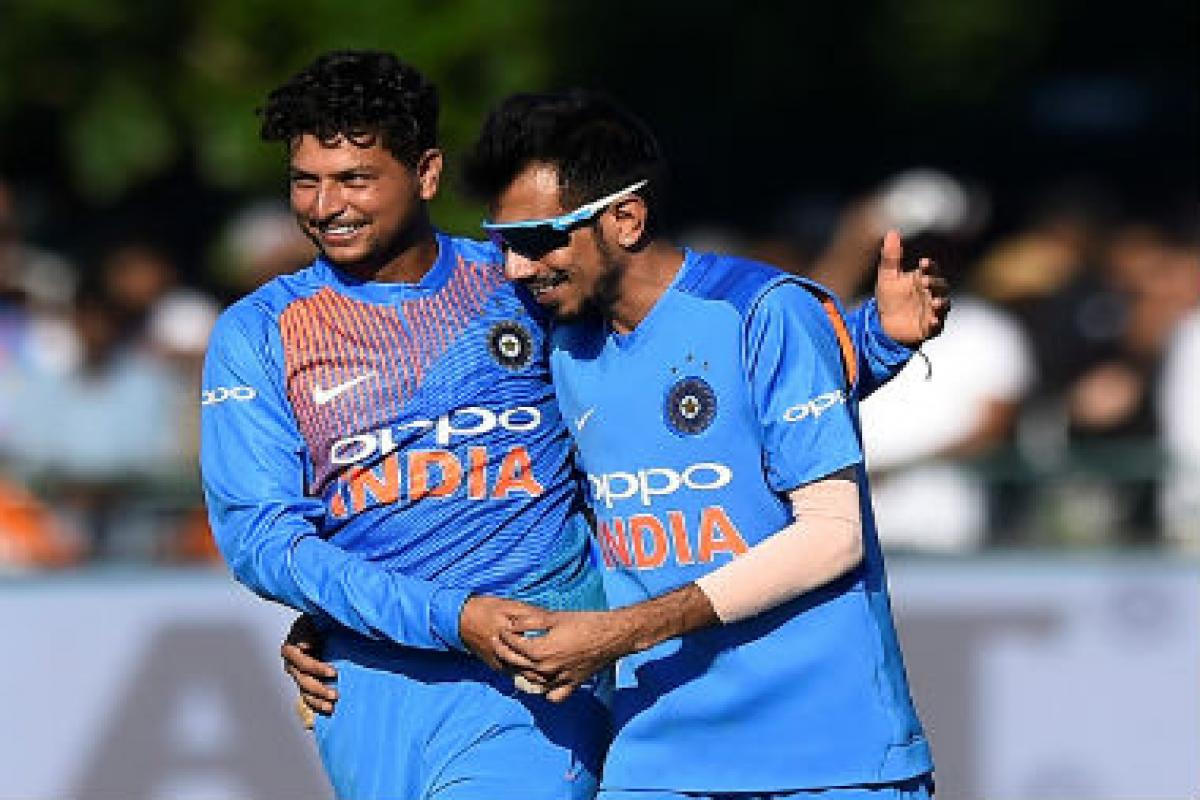 Despite all the competition they might give each other; a team-mate is the best friend another team-mate can have. The camaraderie players share among one another is something an no outsider can ever experience for themselves. So many names come to mind; you won’t even have to look beyond some of the evergreen Indian names. Virender Sehwag and Harbhajan Singh are well-known for the witty banter they share with each other. Rahul Dravid and VVS Laxman were two of the era-defining test cricketers of their time. Even the current generation of cricketers has some fond friends; in a recent interview, the troika of Umesh Yadav,  Mohammad Shami and Ishant Sharma revealed the mutual respect every player has for one-another.

Recently, the spin duo of Kuldeep Yadav and Yuzvenra Chahal too showed how deep a bond of friendship they shared, through an incident on social media. As fun as it sounds, ‘Kul-Cha’ haven’t really rubbed shoulders together since quite some time now. Post the 2019 World Cup, the selectors weren’t really convinced with the formula of playing 2 specialist leg-spinners. The direct consequence of which meant one of Chahal or Kuldeep had to make way for an extra batsman in the team. Kuldeep himself hasn’t been at his best this year. After a lukewarm IPL and semi-good World Cup, Kuldeep didn’t get to play any other T20I games for India. He last played an international gameback in August this year.

Despite not playing, Kuldeep has still featured in each of India’s test squads this year. Presently, he is in line to feature in India’s first ever day-night test match against Bangladesh, starting from tomorrow at the Eden Gardens. To celebrate the iconic moment, Kuldeep uploaded a picture on his Instagram account conveying his excitement about the hyped-test match.

Back at the Eden 😍. Lovely memories here. Excited for our first ever day night test.✌🏻 #PinkBallTest

‘Yuzi’ Chahal, being the best buddy, complemented his ‘pinky brother’. However that wasn’t the only comment he made. A fan tried to mock Kuldeep, commenting “Moeen ko yaad hai na (sic)”. The comment was a reference to KKR’s IPL match against RCB at the Eden Gardens. In that game, RCB collected 27 runs of Kuldeep’s over, with their all-rounder Moeen Ali hitting him for a couple of sixes. That game also turned out to be Kuldeep’s last match of the season as he was dropped from the team in their following matches. Chahal charged to his ‘brother’s side, and brashly replied “Tu pehli fursat mein nikal.” (Leave at once). Interestingly, Chahal’s comment is a reference to popular Indian YouTube vlogger Hindustani Bhau’s aggressive dialogues.