Reports: KL Rahul on the verge of leading India in ODIs as uncertainty over Rohit Sharma’s inclusion in South Africa series

Rohit Sharma may not be a part of the ODI series that team India is going to play against South Africa. 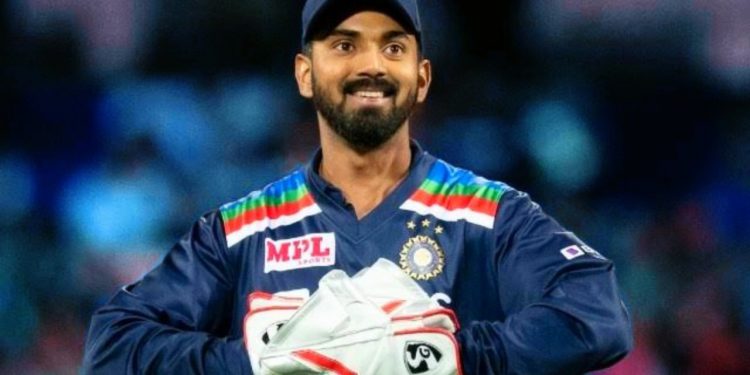 Rohit Sharma was announced team India’s full-time ODI captain on 08th December, 2021 and the explosive batsman was all set to lead the Indian team in the ODI series against South Africa.

However, he sustained an injury during the net practice and his chances of leading the side look bleak. As a result, KL Rahul on the verge of leading India in ODIs as there is a lot of uncertainty over Rohit Sharma’s inclusion in the series.

KL Rahul has been in some fine form recently and the right-handed batsman has performed in any format he has represented team India in. He was also selected as the vice-captain of the team after Rohit Sharma was ruled out of the Test series due to an injury. He scored a fluent century and helped the team to gain the upper hand on the first day. If reports are to be believed, KL Rahul on the verge of leading India in the ODI series as Rohit Sharma’s inclusion is dubious.

Rahul batted brilliantly on the opening day of the first Test against South Africa and remained unbeaten on 122 after the day’s play. It was truly a special knock for the batsman as not many Indian batsmen have been able to score a century on South African soil.

Considering his form in the recent times, he is the most suitable candidate to be given the chance to lead the team. Since Rohit Sharma’s inclusion is not certain, KL Rahul on the verge of leading India in the ODI series.

KL Rahul was very happy after scoring a century in South Africa. In a video posted by BCCI, Rahul said, “It is truly special, every hundred really takes something out of you and gives you joy. Once I got a good start, I started enjoying my batting and I did not think too far ahead.” Talking about the preparation for the tour, he said, “Preparation has been really good, all the batters that batted on Day 1 really focused. I was on 99 and with a spinner bowling, I thought it was a good opportunity to take the single or go over the top.”

ALSO READ: Wasim Jaffer shares a humorous meme as KL Rahul joins him in the list of Indian openers with Test ton in SA

Rahul has been one of the important players for the team and has been consistently performing in tough conditions. It is his consistency that now, KL Rahul on the verge of leading India in the ODI series against South Africa which will commence with the first ODI on 19th January.