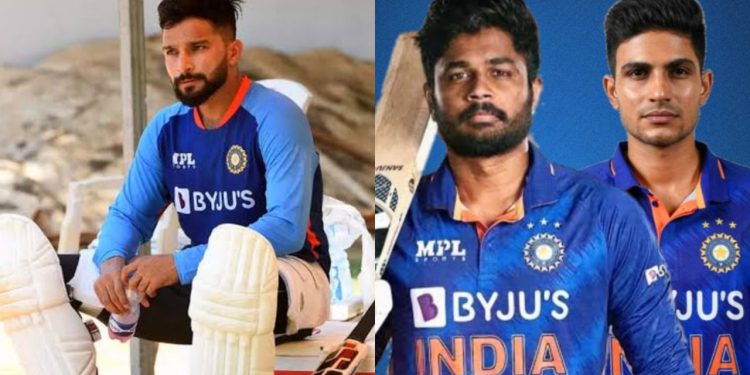 RCB’s star batter Rajat Patidar is all set to get his maiden India team call-up for the upcoming three-match ODI series against South Africa.

Rajat Patidar, who performed brilliantly in the recently concluded India A vs New Zealand A series, will get rewarded for his consistence performance in the domestic circuit as well as the IPL.

Considering the T20 World Cup in Australia, Team India will field their full-strength side against the Proteas apart from Hardik Pandya and Bhuvneshwar Kumar both of whom will rehabilitate in NCA, bangalore.

The Indian T20I squad will leave for Australia on October 4th after the T20I series and hence selectors will give chance to some of the young players for the ODI series.

Shikhar Dhawan will lead this side which will most probably look like the squad which played against Zimbabwe this year with just a couple of changes here and there.

According to PTI, selectors will try a few new faces in the ODI series against South Africa and Rajat Patidar is the front runner for a spot in the middle order.

The Madhya Pradesh batter is in a purple patch of his career as he’s cashing on to almost every opportunity he’s getting.

Rajat smashed a breathtaking hundred against Lucknow Super Giants in the Eliminator and became the first uncapped player to do so in the Indian Premier League playoffs.

Patidar was the second-highest run-scorer in the Ranji Trophy 2022 as well and guided his team Madhya Pradesh to Ranji Trophy triumph. He also scored two hundreds in Tests against New Zealand A.

Players like Shubman Gill and Sanju Samson, who missed out on the T20 World Cup squad, will feature in the ODI squad.

Team India will play the three ODI games from October 6 to October 11.