The star batsman of the Indian team suffered an injury in the nets and looked in pain. 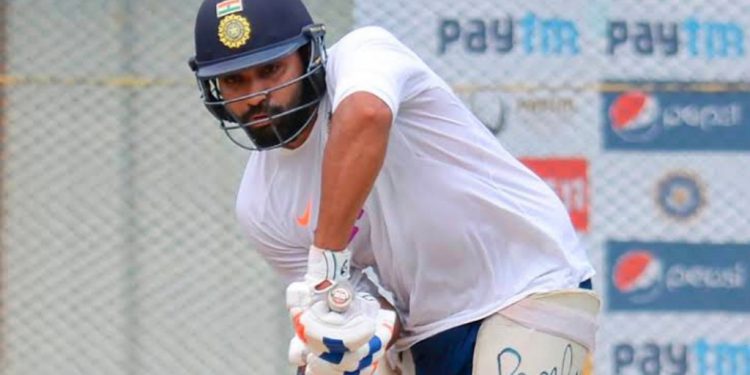 Team India is prepping for the upcoming South Africa tour which will have 3 Tests and 3 ODIs. The Indian team has been in the spotlight recently because of the sudden captaincy change in the ODI format. Rohit Sharma has been named the full-time ODI captain and will be leading the side in South Africa in the shorter format. However, if reports are to be believed, Rohit Sharma suffers an injury during practice session and his participation in the SA tour is questionable as of now.

BCCI announced the Test squad for the South Africa tour on 08 December, which saw Ajinkya Rahane being removed from the post of the vice-captain in Tests. Sharma has been allocated the responsibility to be the deputy of Virat Kohli.

Rohit Sharma suffers an injury in the nets

As team India prepares for the challenging tour, Rohit Sharma suffers an injury during the practice session which may become the reason for his exit from the South Africa tour. However, it’s still uncertain that how serious the injury is. The official update is awaited.

On Sunday afternoon, the Indian players including Rohit Sharma, Rishabh Pant, Ajinkya Rahane, KL Rahul and Shardul Thakur were training in the nets where Rohit Sharma suffers an injury. Sharma was having a batting session with Rahane and was facing throwdowns. One of the deliveries struck Sharma’s gloves and the batsman was in pain. This is not a good sign for the Indian team as Rohit Sharma is one of the strongest pillars of the team.

Team India is all set to leave for South Africa on 16 December and they all will be in the bio-bubble prior to that. The series is going to commence from 26 December with the first test at Centurion. It is to note that the series was earlier set to start from 17 December, but due to the Omicron scare, it was rescheduled by the BCCI. The Indian team would want Rohit Sharma to be fit for the tour and only time will tell how serious Sharma’s injury turn out to be.