Shikhar Dhawan was sold to Punjab Kings for Rs. 8.25 crore in the recently-concluded IPL mega auction. 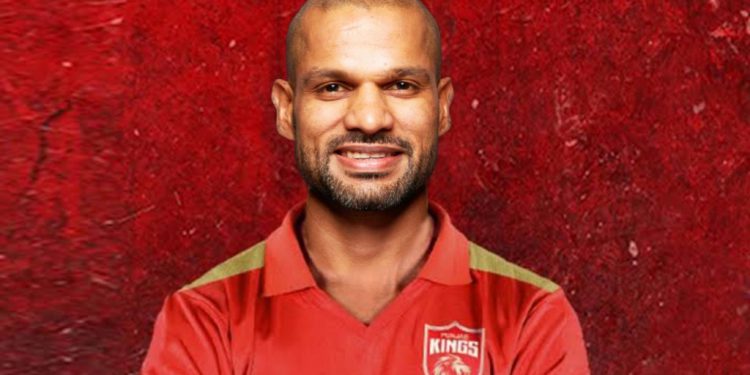 As close to 590 names went under the hammer in the Indian Premier League (IPL) 2022 mega auction, all the franchises filled their squads in the bid to form a strong lineup for the coming seasons.

Talking about Punjab Kings (PBKS), the side heavily invested in youth to build a strong core for the seasons to follow. However, Shikhar Dhawan also found a place in their squad as the Kings roped in the southpaw for a whopping amount of Rs. 8.25 crore.

As Punjab let go of KL Rahul, who was their former skipper and opener, Dhawan comes across as a great buy and has first-hand experience of performing leadership duties. If a latest report of InsideSport is to be believed, the Punjab-based franchise have zeroed in Dhawan as their captain for the forthcoming IPL edition with the official announcement expected in the next couple of days.

Swashbuckling opener Mayank Agarwal was to be given charge of the team as PBKS retained him for Rs. 12 crore. But with Dhawan now in their squad, the franchise seems to have changed their plan.

“Team is very elated to have Shikhar Dhawan in squad. Dhawan has a mature head on his shoulders and will be entrusted to lead Punjab in IPL. Coach, promoters all are in favor of Dhawan as captain of Punjab Kings. Official announcement will be made in next few days,” a source close to PBKS team management said as quoted to InsideSport.

For Dhawan, three teams, namely Punjab Kings, Delhi Capitals (DC) and Rajasthan Royals (RR) were involved in a bidding war. DC and RR were interested to rope in Dhawan but the 36-year-old eventually joined PBKS for Rs. 8.25 crore.