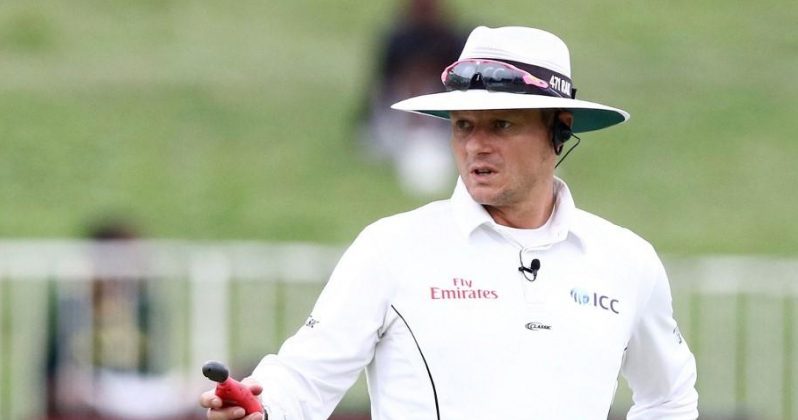 Richard Kettleborough is a known name on the field of cricket. He is a seasoned umpire with a lot of umpiring experience under his belt. The veteran umpire has stood in 68 Tests, 89 ODIs and 22 T20Is. Kettleborough is well-versed with the rules and regulations of cricket, however he was mired in a small controversy because of an accessory recently.

It happened in the Southampton Test between England and Pakistan when Kettleborough was found wearing a smartwatch in the ground. He has come in the radar of ICC anti-corruption unit (ACU) after he was seen wearing the accessory item in the ground.

The rules say that neither players nor match officials are given permission to wear any transmitting device during the match. So much so that even the mobiles phones are submitted to anti-corruption officials before the game. The players can only collect their phones after the game ends.

Kettleborough was given a gentle reminder

The cricketing body also has the right to seize phones in case they have any suspicion related to fixing or any other type of corruption. It was not long before Kettleborough realized his mistake and took the watch off after lunch as per ESPNCricinfo. He even went on to report the whole incident to the ICC.

The Englishman was given a gentle reminder by the ACU officials about the rules and regulations. There have been same cases in the past as well. During the Lord’s Test, Pakistan players wore the smartwatch in 2018. They were also given a warning about the same.

The rain has played a spoilsport in the second game between England and Pakistan. Only 86 overs have been bowled so far in the span of two days. Pakistan scored 223 runs for the loss of 9 wickets with the help of a gritty half-century by Mohammad Rizwan.

The duo of Stuart Broad and James Anderson wreaked havoc once again as they scalped three wickets each. If it keeps raining like this, the match is definitely going to be a draw.