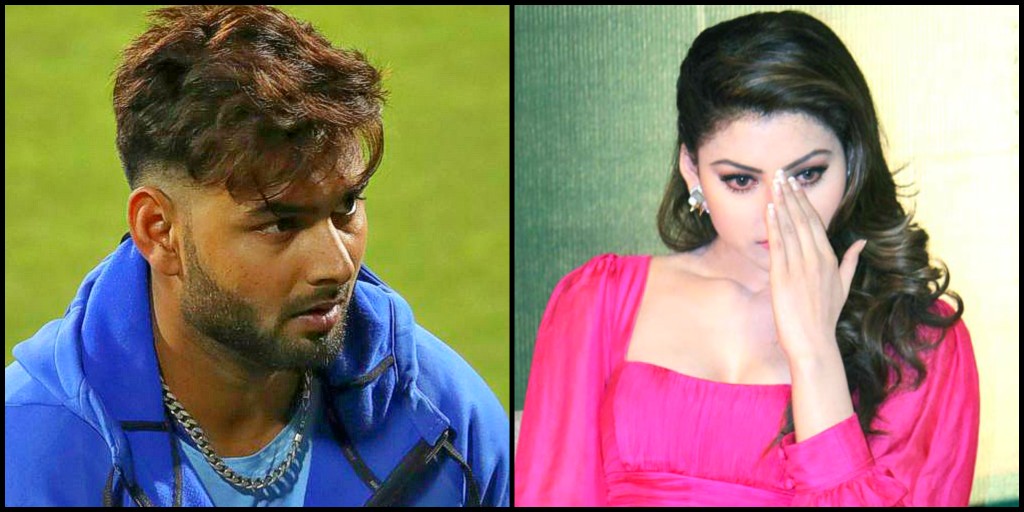 The relation between Bollywood and Cricket has been from old time. This was all started with former Indian skipper Mansoor Ali Khan Pataudi’s marriage with Bollywood actress Sharmila Tagore. Virat Kohli too continued the trend by marrying Anushka Sharma in 2017. Names of cricketers like Rohit Sharma, Hardik Pandya and MS Dhoni has also been linked with Bollywood actresses several times in past. Rishabh Pant is new to the list.

Reportedly, earlier Rishabh Pant dated famous actress Urvashi Rautela before India’s T20 match against West Indies at Wankhede. According to Spotboye sources, the 22-year old was spotted with the Urvashi Rautela a night before the match. The rumoured-couple was seen enjoying a dinner date around 11 pm at Estella, Mumbai.

Now, the report is that Pant has blocked Urvashi on Whatsapp. The actress was constantly trying to contact the cricketer but he is not interested as he is already in a relationship with Isha Negi. However, the actress’s spokesperson said that it was a mutual call to block each other on the messaging app.

Urvashi Rautela who has participated in many beauty pageants is active in Bollywood since 2013. Before the 25-year old actress’ name was linked with Hardik Pandya. But the all-rounder started maintaining distance from the actress. Pandya was more serious about his relationship with model Natasa Stankovic and both got engaged recently.

Rishabh Pant too is in a relationship with his long-time girlfriend Isha Negi. Both celebrated the new year together at a hill station. On new year’s eve, Rishabh had dedicated a post to Isha Negi, in which Rishabh can be seen with her on a snow-covered track. The caption of the pic read, “I like me better when I’m with you”.