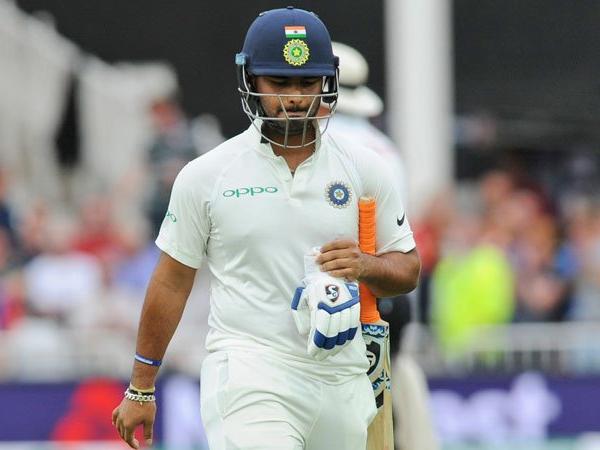 Rishabh Pant was looking good in the 1st NZ vs IND test match before getting run out. He came to bat when the team had lost 5 wickets on 101 runs. He supported Ajinkya Rahane well during the first day and both returned unbeaten at the end of the day. On day 2, the 22-year old keeper-batsman gave a positive start as he smashed a six in the very first over of the day. The wicket-keeper batsman has got a place in the playing 11 for the first time in this tour of New Zealand. The 22-year old was sidelined from the playing 11 after he failed to utilize the chances.

Later in the innings, both Pant and Rahane got involved in a mix-up which led to a run out dismissal. The incident happened during the first session of 2nd day. Rahane guided Tim Southee’s delivery towards the off side. Rahane ran for a quick single however Pant showed hesitation after covering almost half the pitch.

Pant stopped in between watching at the ball while Rahane had almost completed the run. Having no option, Pant ran towards the danger end. In the meantime, Kiwi fielder Ajaz Patel had picked the ball and threw it to the wickets. Pant was unlucky that the ball clipped the bails before he could make his way to the safe zone. The replay showed that Pant would have made to the safe end if he had not shown hesitation.

The run-out broke a 31-run partnership between Pant and Rahane. The end of the crucial partnership stopped India from posting a respectable total on the board. The visiting batting line-up tumbled at 165 runs. Rahane and Agarwal were India’s highest run-getters in the first innings with 46 and 34 runs respectively. Tim Southee and Kyle Jamieson helped picked 4 wickets each.

On the other hand, the home side dominated visitors’ bowlers as well. At the end of 2nd day, New Zealand has posted 216 runs losing 5 wickets and currently, they are leading India by 51 runs. Kane Williamson and Ross Taylor who is paying his 100 test match starred in the 2nd day. Williamson reached 89 while Taylor scored 44 off 71 balls. So far, Ishant Sharma has taken 3 wickets while Shami, Ashwin bagged one wicket each.