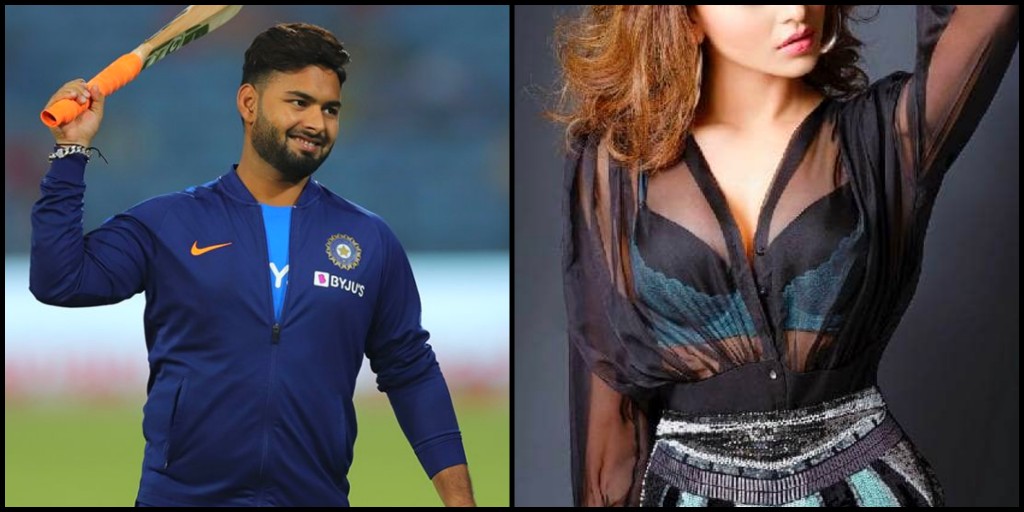 Rishabh Pant is not having a great time in the field. After taking over MS Dhoni’s place in the Indian team, Pant’s performance has been poor. After every bad performance, the keeper is getting badly trolled and criticised. The crowd in stadiums even chanting MS Dhoni’s name after the mistakes of 21-year old.

The 3rd T20 against West Indies was a big match for Rishabh Pant as Sanju Samson is in the queue and waiting for his chance. However, left-handed batsman once again disappointed team management with his performance. Virat Kohli sacrificed his batting position and send Pant at n0.3 so he can get the best out of the innings. But Pant got out without scoring a run.

Amid this, there are talks of Rishabh Pant’s connection with Bollywood actress. According to Spotboye sources, the keeper-batsman was spotted with the Urvashi Rautela a night before the match for yesterday’s innings between India and West Indies. The rumoured-couple was seen enjoying a dinner date around 11 pm at Estella, Mumbai.

Urvashi Rautela who has participated in many beauty pageants is active in Bollywood since 2013. Before this, the 25-year old actress’ name was linked with Hardik Pandya. But according to reports, Hardik Pandya is in relationship with Natasa Stankovic and both are very serious about the relationship.

Talking about Rishabh Pant’s performance, he scored 51 runs in 3 T20s vs West Indies. It was an important series for him as before this, he had scored only 33 runs in 2 innings against Bangladesh. Along with Rishabh Pant, the team management is also getting criticised for continuously playing with him when and ignoring Sanju Samson.

The Kerala batsman is only warming the bench since he has got a call-up in the T20 team. But the good news for him is that he has got his maiden call-up in the ODI team. Yesterday, selectors named Sanju Samson as the replacement of injured Shikhar Dhawan in ODI team for series against West Indies.