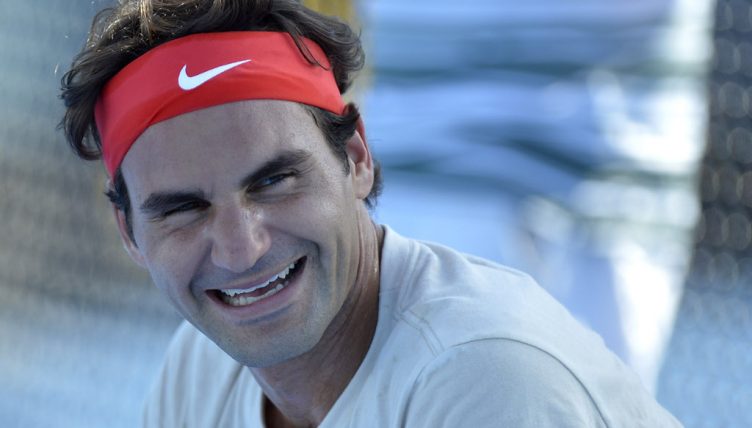 Bollywood produced movies more than any other country in the world per year. It has a wide range of fans not only in India but around the globe. The foreign fans love colourful songs and dance concepts in Indian movies. But Bollywood has also produced some senseless action and comedy movies. The fans showed tennis legend Roger Federer this dumb side of Bollywood when he asked them to suggest a classic Bollywood movie.

Switzerland’s Roger Federer took his Twitter account to ask the question. Some fans suggest him to watch some cult movies like Lagaan, Rang De Basanti and Sholay. While some fans took him to the dumb side of Bollywood suggesting movies like Bombay Velvet, Drona, Love Story 2050.

But most hilariously some fans suggest him to watch Arbaaz Khan’s movies. Arbaaz, the younger brother of Salman Khan looks like Roger Federer. The similarities between him and Roger Federer are hard to ignore. Arbaaz is not as successful as his brother. But he has worked in many successful movies alongside his brother. Here below are the tweets where netizens have hilariously suggested the Tennis star his Bollywood doppelganger’s movies. 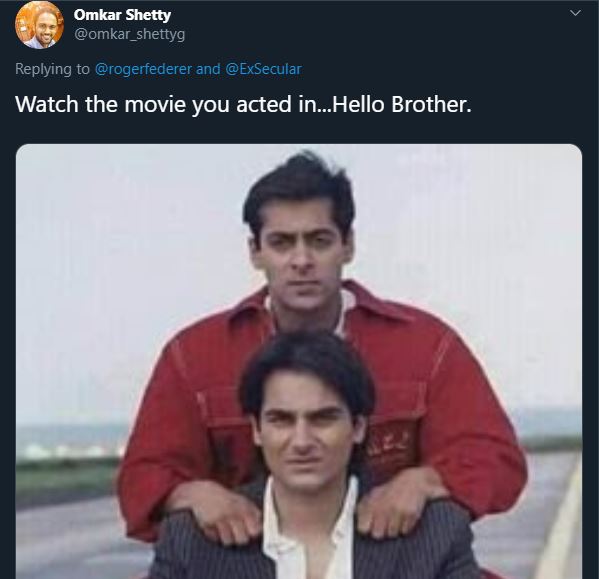 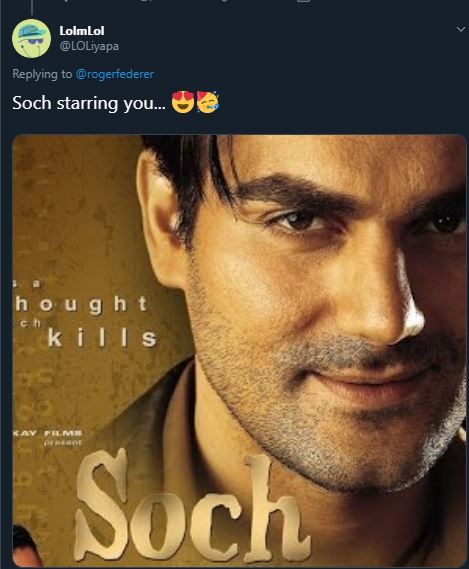 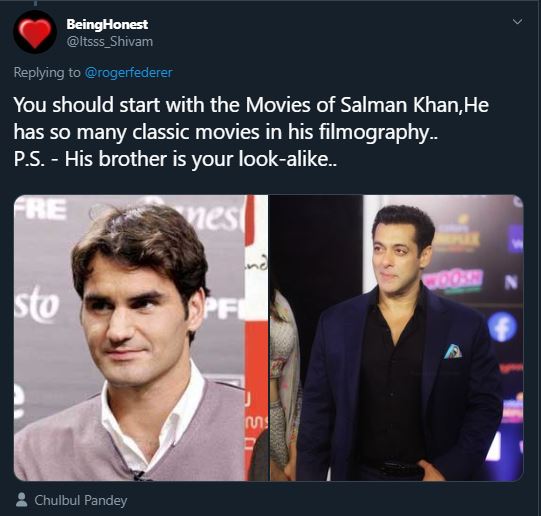 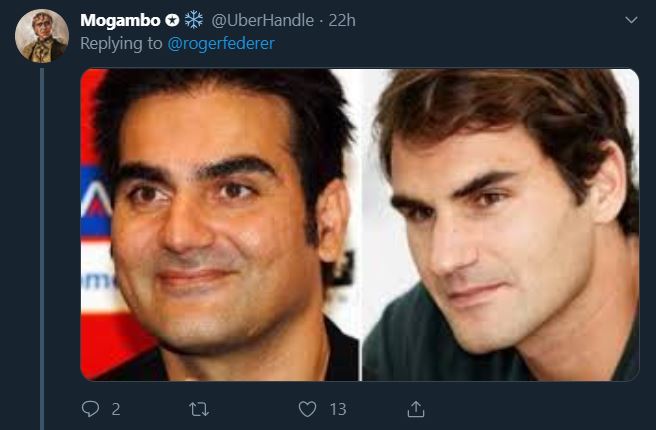 These fans suggested Tennis God some of the most boring and senseless Bollywood movies.