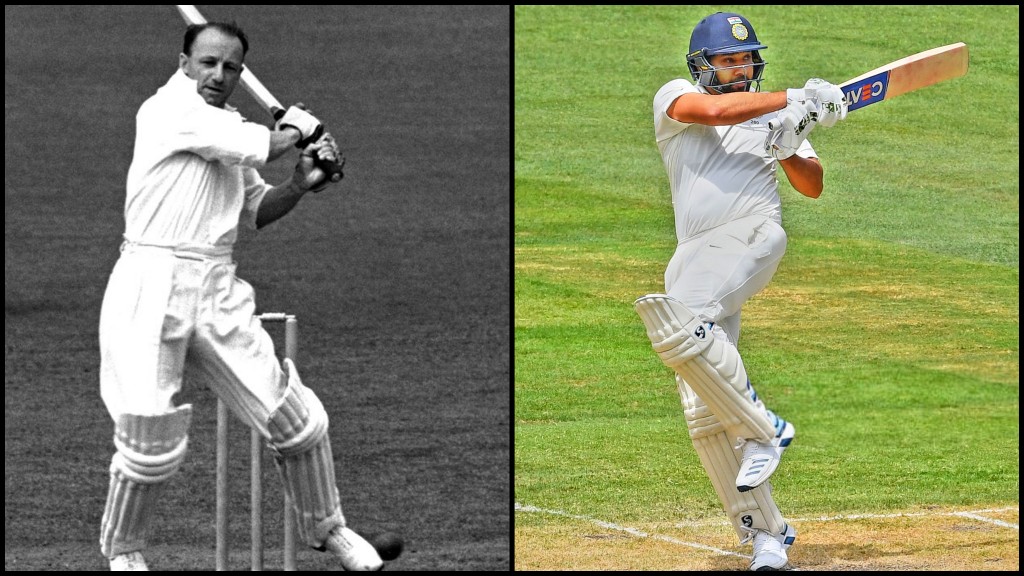 On Sunday, Rohit Sharma continued his record-breaking run. He smashed his maiden test double century. He scored 212 off 255 balls with 28 fours and 6 sixes. During this record, Rohit achieved many records. The first record which he broke is Shimron Hetmyer’s most sixes in a Test series. Rohit went past West indies batsman Hetmyer’s 15 sixes which he had hit in Bangladesh series in 2018-19. Currently, Rohit has hit 19 sixes in the ongoing series against South Africa which is now most by a batsman in a Test series.

Rohit completed his 200 with a six off Lungi Ngidi’s ball. This was his 50th six of his Test career and with this six Rohit Sharma became fastest Indian and 2nd fastest overall batsman to reach the milestone. Rohit did this in his 51st Test innings. Only Shahid Afridi is ahead of him, who took 46 innings to hit 50 Test sixes.

However, this is Rohit’s 30th test match and the way he is batting in Tests, it looks like Brendon McCullum’s most Test Sixes record is not too far away from Rohit. Mccullum played 101 matches and batted in 176 innings in his Test career, in which he hit 107 sixes.

Third record which Rohit Sharma has broken during his 212 runs innings is Don Bradman’s highest average at home record. We all know, how great Sir Don Bradman was. His overall Test batting average is untouchable for any batsman. But during this innings, Indian right-handed batsman broke Bradman’s 71-year old record as he went past his Test average at home. The legendary batsman had an average of 98.22 on home soil.

But now Rohit’s Test average at home soil rose to 99.84 which makes him the batsman with highest Test average at home among batsmen who have played 10-plus innings. The 32-year old batsman has astonishing numbers in Tests at home. So far, Rohit Sharma has played 18 innings in India and has scored 1298 runs. In these 18 innings, he has smashed 5 fifties and 6 centuries.