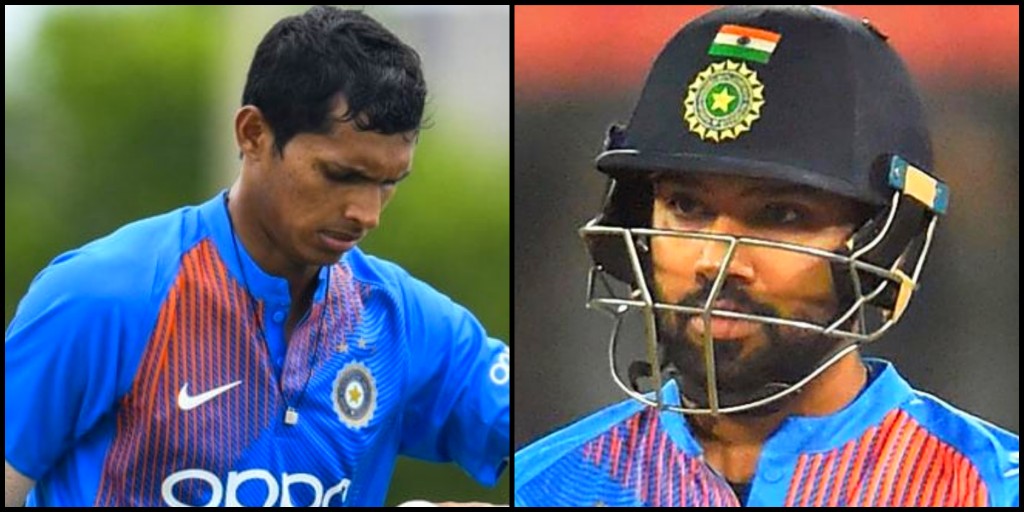 India yet again failed to win a T20 series against South Africa at home. Rain washed the first T20 of the series at Dharamshala. India won the 2nd match at Mohali but the South African team made a strong comeback in the final T20. They restricted the Indian team at a below-average score of 134. The collapse of wickets started with Rohit Sharma and after which batsmen continuously kept getting out.

While chasing 134, South Africa’s top 3 did the rest work for them. Quinton de Kock didn’t let Indian bowlers create pressure on the side and returned scoring an unbeaten 79. After the loss, Indian skipper Virat Kohli said team India willing to get out of the comfort zone. He further added that the team is taking risks and experimenting so they can get the best combination before the 2020 T20 World Cup.

Rohit Sharma Gets Angry On Saini

During, the 2nd innings Rohit Sharma was seen getting angry on the bowler Navdeep Saini. This happened during the 12th over when Saini bowled 5th ball of the over. He bowled at Temba Bavuma’s legs and the batsman just showed the direction to ball and got a boundary. The match was slipping from team Inda’s hands and seeing this kind of bowling in this situation left Rohit Sharma filled with anger. The vice-captain spotted advising the bowler to use his brain while bowling.

Navdeep Saini was the most expensive bowler of the day. In 2 overs he conceded 25 runs and didn’t get any wicket. However, the bowler has so far impressed with his quick and wicket-taking ability. He made his debut against West Indies last month and struck 3 wickets. Till now, Saini has played 5 T20 matches for India and has taken 6 wickets in them.

After a draw T20 series, now India and South Africa to play a 3-match test series starting 2nd October at Visakhapatnam. All eyes will be on Rohit Sharma as he is picked as an opener in this series. The batsman will look forward to dominating the longest format. Rohit has a successful limited-overs career but yet to prove his mettle in test cricket. Before the first test match, Rohit Sharma will lead Board Presidents XI against South Africa in a 3-day practice match starting 26 September.