Virat Kohli will miss the New Zealand T20 series, however, he will play in Rohit Sharma's captaincy in upcoming series in 2022. 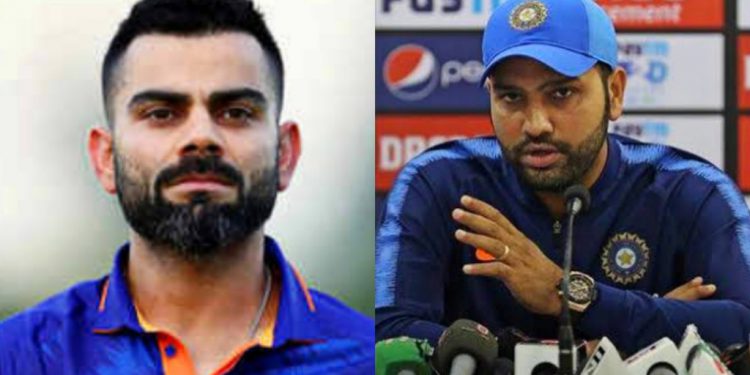 India’s 3-match T20I series against New Zealand is all set to commence on Wednesday night, with the first match being played at Jaipur’s Sawai Mansingh Cricket stadium. But even before the first ball gets bowled, there’s a lot of action already brewing off the field with some of the new, interesting developments in team India’s dressing room.

For starters, this will be Rohit Sharma’s first official series as India’s full-time T20 captain. Joining him on the sidelines will be coach Rahul Dravid, yet another newbie whose appointment has been hyped up leading up to this series.

But what’s interesting is that several of India’s senior players have been given a break for this particular white-ball assignment. The likes of Jasprit Bumrah, Mohammed Shami, and Ravindra Jadeja have all been rested for the 3-T20s, in order to manage their workloads for upcoming future international matches.

But one absentee, whose omission for the NZ series has been particularly noteworthy is Virat Kohli, the team’s former captain. Like the other players mentioned previously, Virat has also been playing non-stop cricket for several months on an uninterrupted stretch. So it’s hardly a surprise that Virat hasn’t been picked for a series against an important and strong team like New Zealand.

But something that is interesting- or rather- will be quite interesting to see, is how this new-look Indian team integrates Virat into its fold as a pure-batsman, sans the burden of captaincy. Virat’s fiery aggression and passion towards the game has been a notable aspect of his on-field performances. The way he carries himself on the ground as a fierce, in-your-face kind of captain has had a significant bearing on his batting contributions for the Indian team.

So it’s only natural to speculate what role the new captain of the team would assign to Kohli in a non-leadership capacity. This was, in fact, one of the many questions that captain Rohit Sharma had to answer in his media briefing ahead of the New Zealand T20Is.

“What role do you see Virat Kohli playing in the team as a pure number 3 or number 4 batsman?”, a journalist asked Rohit. According to Rohit, Virat’s role will be very similar to what he has been doing all this time.

“Virat’s new role in the team will be very similar to what he has been doing for the last couple of years. He’s obviously a very important member of the team, and always leaves an impact on the field with his batting performances.”

Rohit did allude that going ahead, Kohli might need to be a bit more flexible with his batting position depending on the game situation. He also conveyed how Kohli’s experience and tactical genius would strengthen the team.

“Every match that we play, each player gets assigned a different role depending on the situation. Batting first, there are different roles, batting second, you need to think differently. So roles will keep changing. But I’m sure that when Virat comes back, it will only strengthen our team. Because of the experience, and the kind of batsman he is, his return will only add to the team’s overall value”, Rohit concluded.