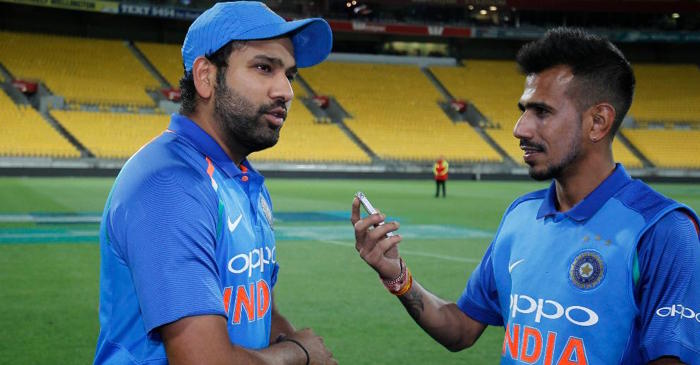 The past year has been magnificent for the vice-captain of Indian cricket team Rohit Sharma. 32-year old was the highest run-getter in ICC 2019 World Cup including 5 centuries in the tournament. Rohit followed his form by making a strong comeback in the Test cricket. Mumbai batsman was out of the red ball cricket for almost a year. But thanks to his performance against South Africa and Bangladesh home test series that now he has cemented his place in the test side.

Rohit Sharma On His Pull Shot

The opener has a wide variety of shots and the pull shot is his favourite. Whenever he gets a short-pitched delivery he never misses a chance to send it to the stands. On Friday, Rohit Sharma interacted with his teammate Yuzvendra Chahal via live video on Instagram. During the chat, The opening batsman claimed that he can even hit sixes coming out of sleep.

Actually, Rohit Sharma is out of the cricketing action for the last two months. He had suffered an injury on the last match of T20 series against New Zealand. Afterwards, 32-year old was ruled out of the ODI and test series. Rohit was also not a part of India’s squad for ODI series against South Africa. However, this series got postponed due to coronavirus pandemic.

As Rohit is now set to miss cricketing action for another couple of months or so, Yuzvendra Chahal questioned the 32-year-old about his power of hitting pull shot. Meanwhile, the Indian opener gave his answer saying, “Pull shot to yaar.. neend se bhi uth ke aaunga to maar dunga.” He also added that a player needs to be mentally strong in order to play a pull in a game.

Rohit Sharma was expected to make a comeback through IPL 2020 season. Initially, the season was scheduled to begin from 29 March but BCCI postponed the date to mid-April due to increasing threat of the disease in the country. However, there are no chances of IPL happening anytime soon.