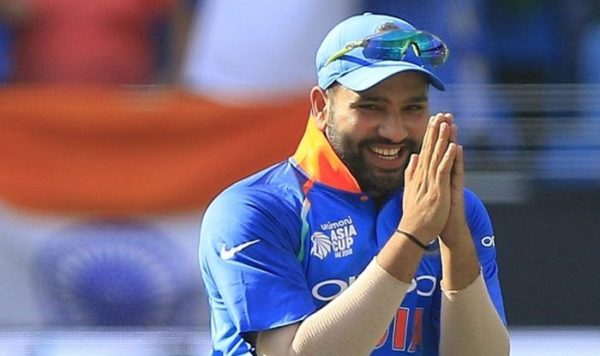 Indian batsman Rohit Sharma is in his best phase of life and he is enjoying his time. Currently, he is playing three matches test series against South Africa. The right-handed batsman opened the innings in a Test for the first time in his career and was an instant hit. He scored a century in both the innings of the first Test before failing in the second.

On 16th October, Indian Pacer Shardul Thakur has celebrated his 28th birthday. And his teammates and fans float wishes for the birthday boy over the Internet. Meanwhile, Indian opener Rohit has come up with a hilarious message for Shardul on his birthday. Actually, he tries to pull the leg of birthday boy by remembering him an incident.

Rohit made sure to remind Shardul of Jersey Incident which took place in 2017. During that time, Shardul Thakur had made the debut for India in Sri Lanka, however, he had to face the criticism because of his jersey. And the reason behind criticism was the jersey number, which was number 10, legendary Sachin Tendulkar’s number.

Actually, Shardul made his debut with the Jersey number 10. With Thakur wearing the jersey synonymous with that of legendary Sachin Tendulkar, the fans berated him on social media. Shardul had later tried to give a clarification but it did not make any difference. And thereafter he had to change his jersey number to 54.

However, it’s a bit time passed for that incident but Rohit still didn’t forget about that. On Wednesday, Rohit Sharma has come up with a hilarious tweet on Shardul Thakur’s birthday. Indian right-handed batman captioned the tweet, “Many happy returns of the day buddy. Only the second player to wear the jersey. It takes guts to don that number but clearly you’re the best example of Impossible Is Nothing @imShard”.

Many happy returns of the day buddy. Only the second player to wear the jersey. It takes guts to don that number but clearly you’re the best example of Impossible Is Nothing 😮😀 @imShard pic.twitter.com/xLovSXSAZG