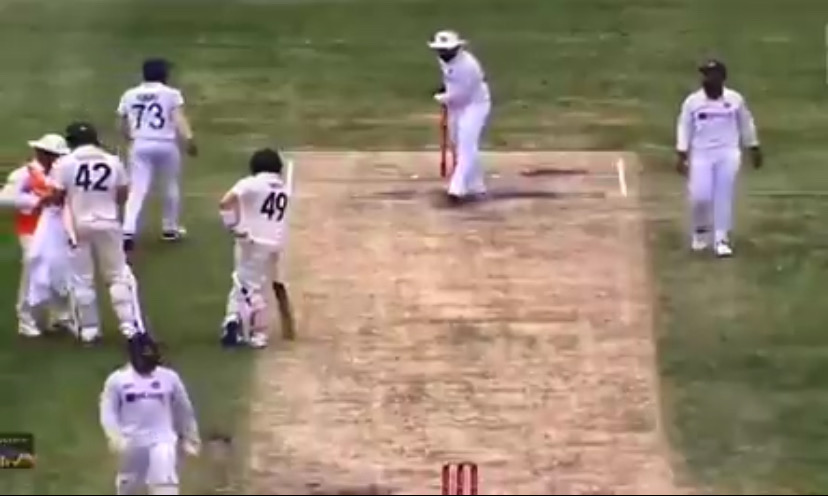 Steve Smith has peculiar on-field habits which generally lands him in trouble. In the Sydney Test match, his shadow batting created quite a hullabaloo amongst the cricket-lovers. However, an extended video of the same proved that the star Australian batsman had nothing to do with Rishabh Pant’s guard mark. In the fourth Test, Rohit Sharma was seen doing the same as Smith observed him from close quarters.

Team Australia are in a good position in the match currently as they have got a lead over 300. The Kangaroos scored at a good pace in their second inning and all their batsmen got good starts except Matthew Wade. Steve Smith went on to score a half-century for his team which consolidated their position in the match.

The incident involving Rohit Sharma took place in the second Australian inning when Steve Smith was batting with Cameron Green. In the second session of the fourth day, Sharma went to the striker’s end and started shadow batting while Smith observed him closely.

Smith received a lot of criticism after he was allegedly accused of removing Pant’s guard mark, but an extended video proved Smith innocent.

Talking to News Corp., Smith said, “It’s something I do in games to visualize where we are bowling, how the batter is playing our bowlers, and then out of habit I always mark centre. It’s such a shame that this and other events have taken away from what was a great batting performance by India yesterday.”

Even Australian skipper Tim Paine came out to explain what transpired during the second Indian inning in Sydney. He defended Smith saying the batsman regularly shadow bats during a match and it’s one of his quirky habits. Team India showed an inspired batting display in the Sydney Test and the duo of Ashwin and Vihari were able to draw the match for their team.

Team India’s tour of Australia has boiled down to the last Test of the Border-Gavaskar Trophy and whoever wins this match will seal the series 2-1. The inexperienced Indian bowlers gave a tough challenge to the Aussies bowling them out in both their innings.