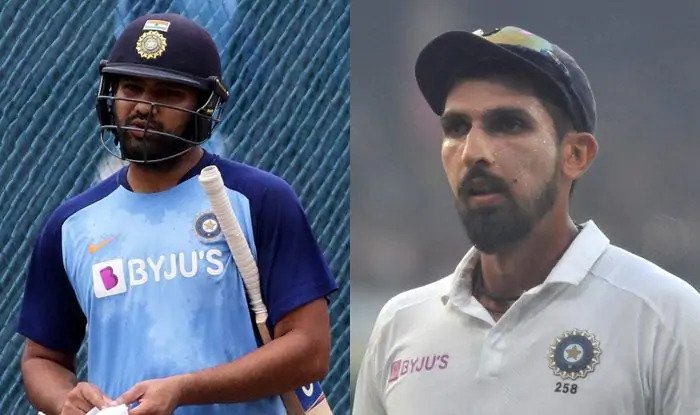 Ever since the Indian squads were announced for the Australian tour, there has been a lot of buzz around it. The biggest shock for the fans was the exclusion of Rohit Sharma who has been one of the most consistent performers for the team in the last couple of years or so. There has been a lot of speculation on the inclusion of Ishant Sharma as well, who has been recovering from an injury.

After a lot of backlash from the fans and Rohit himself declaring that his hamstring was fine, he was ultimately included in the Test squad and rested from the ODI and T20I series. However, in a new development, Rohit is likely to miss the Test series along with Ishant Sharma. The right-arm fast-medium bowler has been undergoing treatment in Bangalore.

For the unversed, Ishant Sharma has spearheaded the Indian pace bowling attack in the Test team for quite a long time now. He has been one of the most successful bowlers, especially on foreign soil. Team India will definitely miss his presence in the camp. On the other hand, the absence of Rohit will mean that the youngsters will have to step up and make the most of the opportunity they have been given.

Team India head coach Ravi Shastri has cleared that he has no idea about the availability of both Rohit and Ishant. “Rohit was never going to play the white-ball series, they were just looking to see how long he needed the rest because you can’t afford to be resting for too long. If you need to play in the Test series or any red-ball cricket, you’ve got to be on the flight in the next three or four days. If you aren’t, then it’s going to be tough,” said Shastri.

“It’s a similar case with Ishant. You don’t really know how quickly he’ll be available to fly out. As I said, if anyone has to play in the Test series, he has to be on the flight in the next four or five days. Otherwise, it’s very difficult,” said Shastri to ABC Sports.

If reports are to be believed, Shreyas Iyer may be selected as a replacement for Rohit. Iyer donned the Indian jersey for T20Is in 2017 and in the same year, he made his ODI debut as well. Iyer is yet to make his Test debut and the Australian tour could well be his big call in the Indian Test team. As for Ishant’s replacement, the management is eyeing to retain one of the bowlers from ODI and T20 squads.