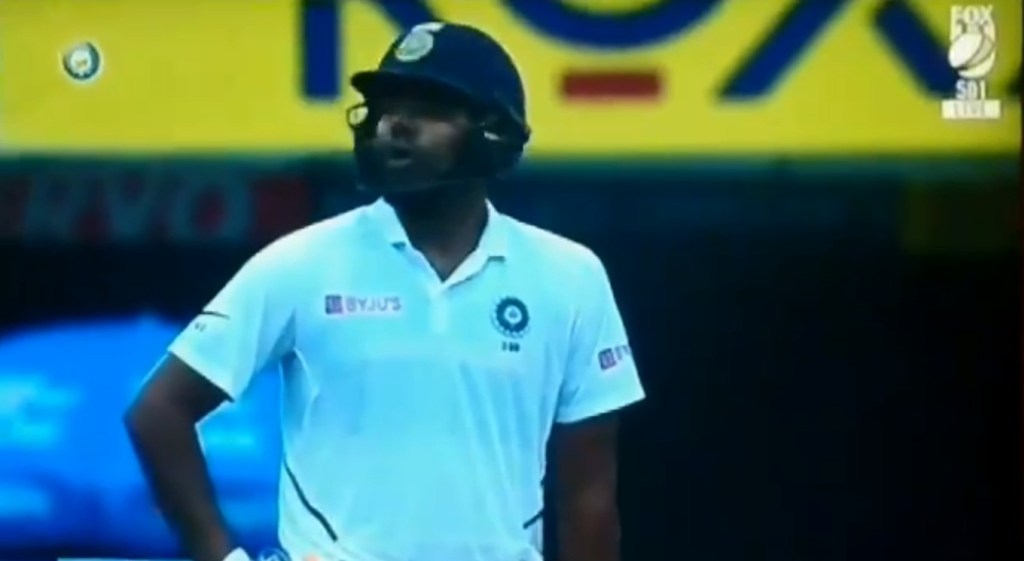 India and South Africa are currently playing the third test match at JSCA Stadium in Ranchi. Rohit Sharma, who has recently made his debut as the opener in Tests, has performed very nicely during the first test match as he scored two back to back centuries in the two innings of the first match. However, he got failed in the first innings of the second test match.

After failing in the second test match, Rohit Sharma came up as stronger in the third test match than earlier. And he has scored his third century of the ongoing Test Series. Meanwhile, when he was on the score of 95,  it had started to drizzle at the JSCA International Stadium Complex. Not wanting the weather to play spoilsport at such a crucial juncture, Sharma clearly expressed his disappointment.

Actually, Rohit didn’t want to break his concentration as he was scoring pretty good. And also he was just short of 5 runs from his third century of the series. Here we are sharing the video of the Rohit Sharma Shouting ‘Not Now’ to the raindrops in disappointment.

Rohit Sharma the ball before his ton. Shouting 'Not now' as the rain begun to fall. Next ball – Six to bring up his 100 pic.twitter.com/firwEnZIPy

However, on the next ball Indian opener, Rohit Sharma hit the ball harder for a six and completed his century in the style. Rohit completed his century on the fourth ball of the 45th over. Earlier in the match, Indian skipper Virat Kohli after winning the toss decided to bat first at the JSCA Stadium in Ranchi.