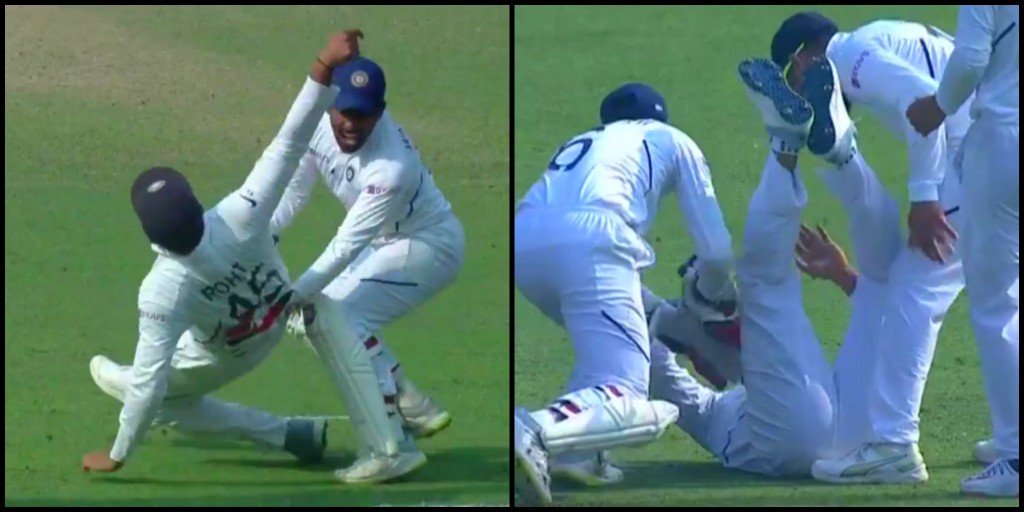 It’s a historical date for Indian and Bangladesh cricket as both teams are making their pink ball debut. Ahead of the match, there were a lot of talks about the pink ball which is slightly different from the red ball. Before the match, India skipper Virat Kohli pointed out that it would be difficult to catch at slip given the pink ball is heavier than the balls.

However, Rohit Sharma made the things look easy with an absolute blinder at the slip. In the 11th over of the match which was bowled by Umesh Yadav, Bangladeshi skipper Mominul Haque edged the ball that went flying towards Virat Kohli. But, Rohit Sharma showed great reflexes and he plucked the ball with his left hand.

With this catch, Rohit Sharma becomes the first Indian to take a catch with the pink ball. He earned praise from his teammates and in social media as well. Below is the video of Rohit Sharma’s catch.

India had a great start of their first-ever day-night test match. Before lunch, India has taken 6 wickets of the visiting team on 73 runs. On the last ball of the first session, Liton Das struck on the helmet by a rapid short ball of Shami and the batsman decided to retire hurt.

It is worth mentioning that, fans at Kolkata have shown great support for the day-night test as a handsome number of the crowd turned to Eden Gardens. BCCI President, Sourav Ganguly revealed that all the tickets for the first four days have been sold out. The capacity of the stadium is 68,000. Earlier, Bangladesh Prime Minister Sheikh Hasina and West Bengal Chief Minister Mamata Banerjee rang the Eden Gardens Bell ahead of the toss in front of a sell-out crowd.