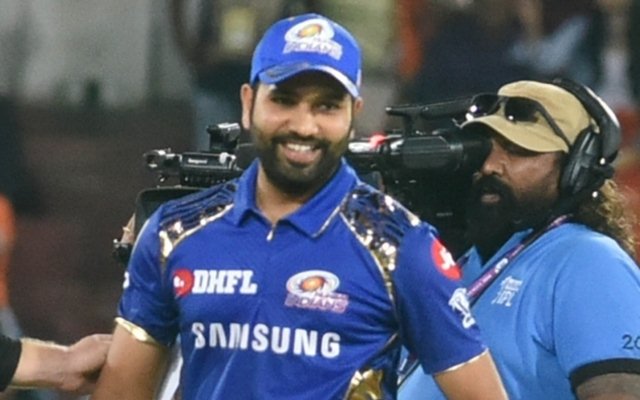 Mumbai Indians are on a roll in this year’s IPL. They have been ruthless and pretty accurate with their plans. Their magic worked this year as well as they became the first team to enter the playoffs. The Rohit Sharma-led team has impressed one and all with its clinical performances. Rohit Sharma as a captain has proved once again why he has been a vital cog in the Mumbai setup.

Mumbai Indians played the first qualifier against Delhi Capitals on Thursday and they won it with flying colours. The win turned out to be a cakewalk, courtesy, all-round performance by the MI players. However, it was the gesture by Rohit Sharma after the victory that is winning the hearts of the audience.

Rahul Chahar has been bowling exceptionally well for Mumbai; however, he couldn’t replicate the same in the first qualifier against Delhi Capitals. The leggie was hammered for 35 runs in the two overs that he bowled. It certainly was a day off for the bowler who has scalped 15 wickets in the tournament and has been an impact player for his team.

After the match finished, Rohit Sharma asked Rahul Chahar to lead the team into the dressing room. It was a sweet gesture by the MI captain as he made sure the young bowler is all pumped-up and not discouraged. The gesture must have encouraged Chahar who had a forgettable outing. With the win, Mumbai Indians are now in the finals of the Indian Premier League for the sixth time.

Rohit Sharma, the captain – Class act. Allowing Rahul Chahar who had a disappointing day with ball allowing to lead the team into dressing room😍

Mumbai Indians set a huge target of 201 for the Delhi Capitals who got a disastrous start losing 3 wickets for nought. DC never recovered from this jolt early on and were always behind in the game. Marcus Stoinis and Axar Patel tried to salvage some pride, but eventually succumbed to the pressure of the run rate. Delhi Capitals will now take on the winner of the Eliminator which will be played on 6th November between Sunrisers Hyderabad and Royal Challengers Bangalore.