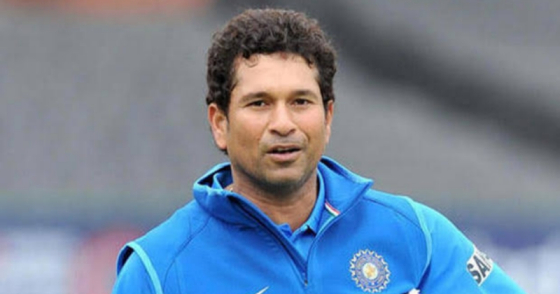 He may have retired from cricket but Sachin Tendulkar still has a keen eye for the sport. He keeps track of what’s happening in the cricketing world and is up-to-date. He also shares his bit, if he feels like he must. The legend shared his view on the current DRS technology on Saturday in a video with another batting great Brian Lara.

He said that the International Cricket Council (ICC) should consider scrapping the provision to stick with the umpire’s call when a team calls for a review for an LBW decision.

“What % of the ball hits the stumps doesn’t matter, if DRS shows us that the ball is hitting the stumps, it should be given out, regardless of the on-field call. That’s the motive of using technology in cricket. As we know technology isn’t 100% right but neither are humans,” tweeted Tendulkar along with a video of him and Brian Lara discussing the Decision Review System (DRS) for the former’s 100MB app.

What % of the ball hits the stumps doesn’t matter, if DRS shows us that the ball is hitting the stumps, it should be given out, regardless of the on-field call. That's the motive of using technology in Cricket. As we know technology isn’t 100% right but neither are humans.#ENGvWI pic.twitter.com/8At80AtRs5

“Somebody is unhappy with the on-field decision and that is the only reason they have gone upstairs to the third umpire and when that happens, let the technology take over. Just like in tennis, it’s either in or out, there is nothing in between. Once you have decided to use technology, then you rely on it,” he said in the video.

There have been many instances in the past when the umpire’s call proved to be consequential. So, Tendulkar has a point when he calls for change in this rule. The decision must be made totally based on the usage of technology which makes the process more transparent and satisfying for the players on the field.

Agree with you Paji: Harbhajan Singh

Tendulkar found a supporter of the same in the ace Indian spinner Harbhajan Singh. “Agree with you Paji 1000 percent correct. If the ball is touching the stump or kissing the stumps it should be given out. It does not matter how much part of the ball hit the wicket..few rules should be changed in the game for betterment of the game..this is certainly 1 of those,” tweeted Harbhajan.

There are many cricketers who have the same opinion as that of Tendulkar and have shown their inclination in the favour of this change. Even many of the cricket fans support the call for change of rule in Cricket.