Sachin Tendulkar picked his teammate and good friend, Sourav Ganguly to lead the playing XI as the captain. 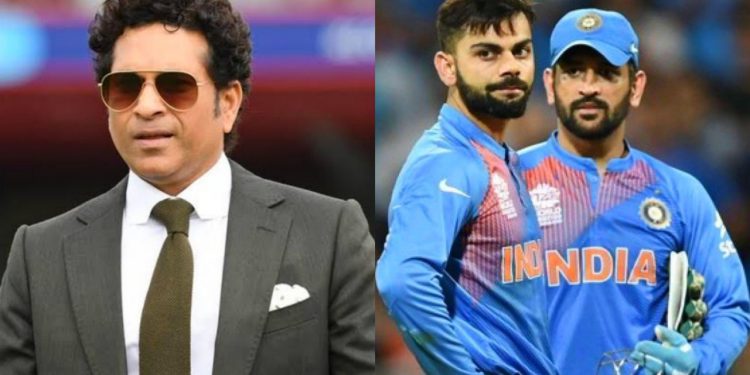 Batting maestro Sachin Tendulkar is regarded as one of the best batters in world cricket. There is hardly any record which he hasn’t achieved in his cricketing career. He has amassed 15,921 runs in ODIs and 18,426 runs in the longer format during his cricketing career. Meanwhile, Tendulkar also has 100 international centuries and 201 wickets to his name as well.

However, Sachin Tendulkar has recently named his all-time XI and surprising he didn’t add some famous names. The players like MS Dhoni, who is considered one of the greatest captains to have led the Indian cricket team, Virat Kohli, one of the best batters of world cricket, Rahul Dravid, the Team India head coach and legendary spinner Muttiah Muralitharan, failed to get a chance in his all-time playing XI as well. In fact, the veteran didn’t pick himself in his all-time best XI.

Meanwhile, in his own style, Sachin Tendulkar has made his best of the best XI that doesn’t feature him himself as well. However, Sachin Tendulkar picked his teammate and good friend, Sourav Ganguly to lead the playing XI as the captain too. For the opening slots, Tendulkar picked Virender Sehwag and Sunil Gavaskar. Interestingly, he has picked legendary players like – Brian Lara, Viv Richards, Jacques Kallis, and Sourav Ganguly for the middle-order of his playing XI.

He also named Australian legend Adam Gilchrist for the wicket-keeping role in his playing XI as well. In the bowling department, Sachin Tendulkar has picked some of the greats like – Harbhajan Singh, Shane Warne, Wasim Akram, and Glenn McGrath as well.