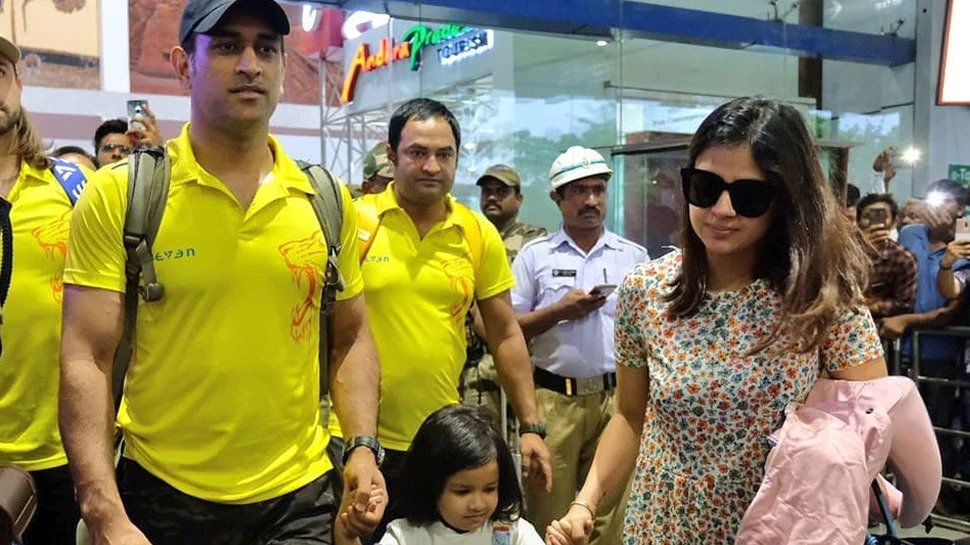 Umpiring errors came back to haunt the ongoing edition of the Indian Premier League. Just a day before it was during the 2nd game of the league (between Kings XI Punjab and the Delhi Capitals), and now it was again at the 4th game between the Chennai Super Kings and the Rajasthan Royals. An error by the on-field umpire led to an argument between Mahendra Singh Dhoni and the umpires and leaving his wife furious over it.

Decision Error Leaves MSD Fuming
It happened during the 18th over of the Rajasthan Royals innings in Match 4 between the Chennai Super Kings (CSK) and the Royals. The bowler Deepak Chahar had bowled a short-pitched delivery to batsman Tom Curran, who mistimed his pull shot. As a result, the ball flew up in the air and back to the keeper (Dhoni) who collected the ball, but not before it had touched the ground on its way into the keeper’s gloves.

MS Dhoni appealed for a LBW. The on-field umpire instantly raised his finger and ruled the batsman out. But the umpire had actually given Curran out for caught behind. The drama unfolded when the Royals batsman reviewed the decision unknowing that his team had already got done with its reviews. So the Umpires reached out to the third umpire who reviewing the dismissal found the ball to have hit the ground before been caught, thereby ruling the batsman not out. In the whole melee, CSK skipper MS Dhoni was seen arguing with the umpires on the original decision been overturned. 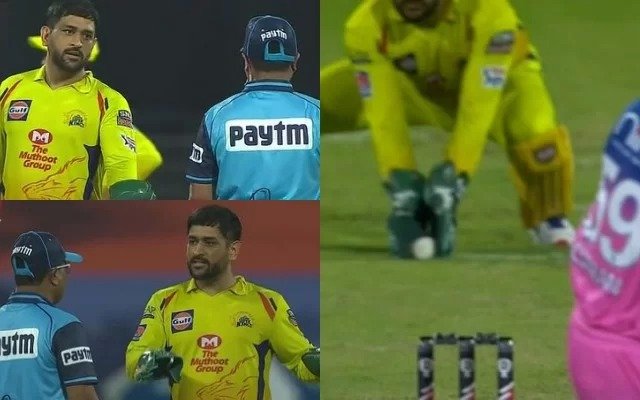 Sakshi Dhoni Slams Umpires
Furious over the on-field action and the umpires goofing things up, MS Dhoni’s wife Sakshi took to Twitter in expressing her frustration. Her tweet which was taken off later read – “If u r using the technology, then use it the right way…..out is out whether its catch out or lbw……”

Royals Overcome CSK’s Late Fightback
The Chennai Super Kings left it too late to stage a comeback and chase down the Rajasthan Royals score of 216/7. The Royals riding on quick-fire half-centuries by captain Steve Smith and young keeper-batsman Sanju Samson. It was a flurry of sixes (four in the last over courtesy Jofra Archer) that took the Royals past the 200 mark. Super Kings on the other hand didn’t quite get going, losing wickets at regular intervals and failing to stitch together a match-winning partnership. Eventually, the asking rate kept soaring, and if not for a late charge by Faf du Plessis, the margin of defeat could have been worse.