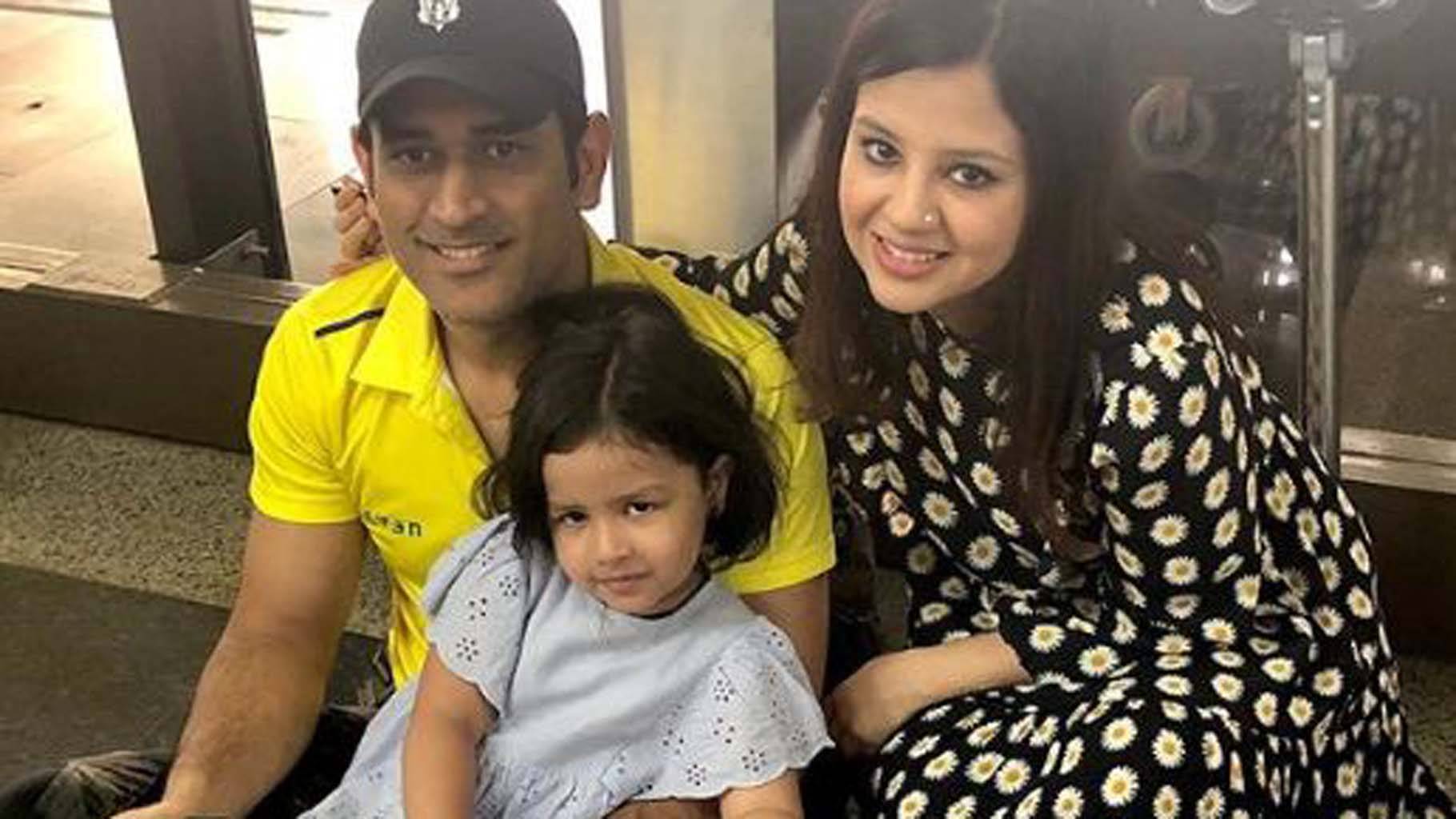 For the first time in the history of the Indian Premier League (IPL), the Chennai Super Kings will not feature in the playoffs. The Mahendra Singh Dhoni-led side was out of contention after Rajasthan Royals registered an emphatic win over league leaders Mumbai Indians. Amidst the emotions running in the CSK camp, Sakshi Dhoni penned down an emotional poem for (husband) MS Dhoni.

Sakshi Dhoni’s Poem – It’s Just A Game……
The season for Chennai Super Kings started on a high but lost steam in between as they slipped to the bottom of the league table and eventually losing out on the playoffs spot. Well, “it’s just a game..” as it’s rightly penned down by Mahendra Singh Dhoni’s wife Sakshi. In an emotional gesture, Sakshi poured out her emotions to the squad and every CSK fan. Every line of it etching memories of the fighting spirit that CSK has possessed over the years. 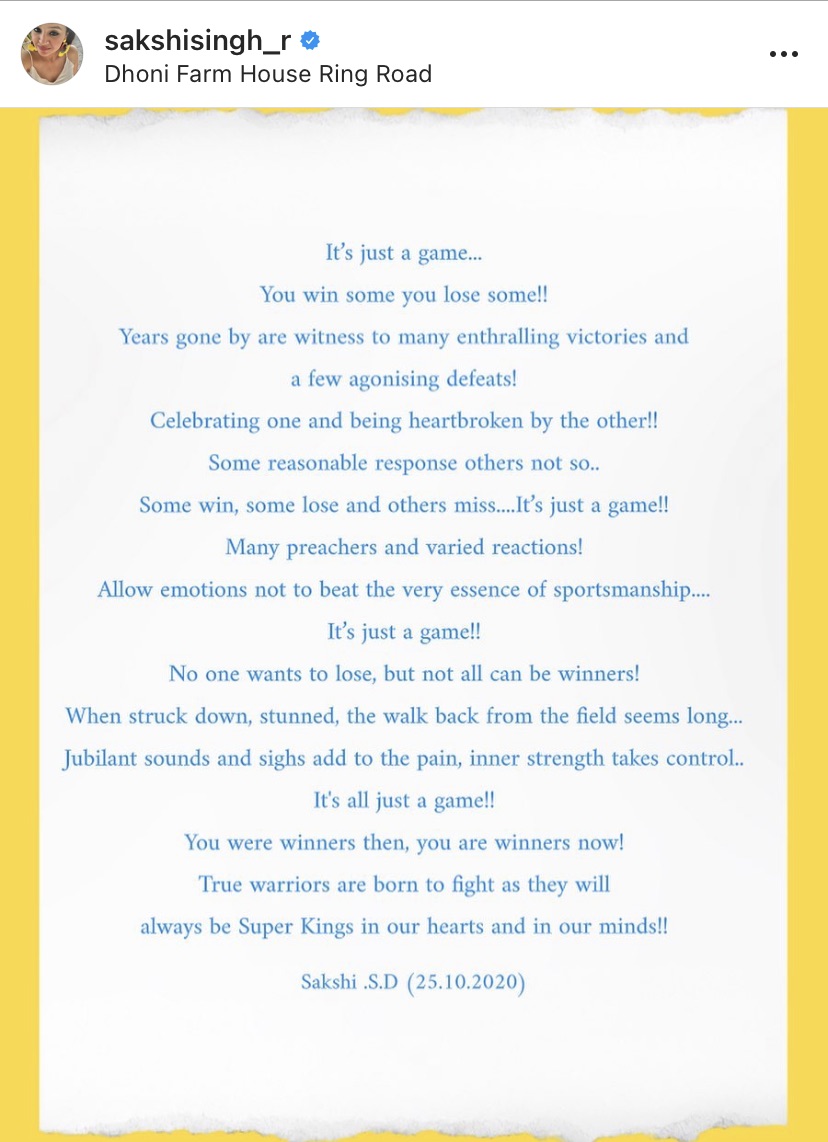 Rajasthan Royals Win Ends CSK’s Hopes
If ever did Chennai Super Kings have a chance of making it to the playoffs, they required results of other teams to go in their favour. They managed to do their bit earlier on Sunday by beating the Royal Challengers Bangalore, but their playoffs hopes were all ended when the Rajasthan Royals beat Mumbai Indians later in the evening. It’s all but CSK’s poor run that knocked them out of contention.

All that Chennai Super Kings now look forward to is the remainder of the league. They’d definitely look to end it on a high, and words of emotion could just boost their performance. “It’s Just A Game” – as they say.