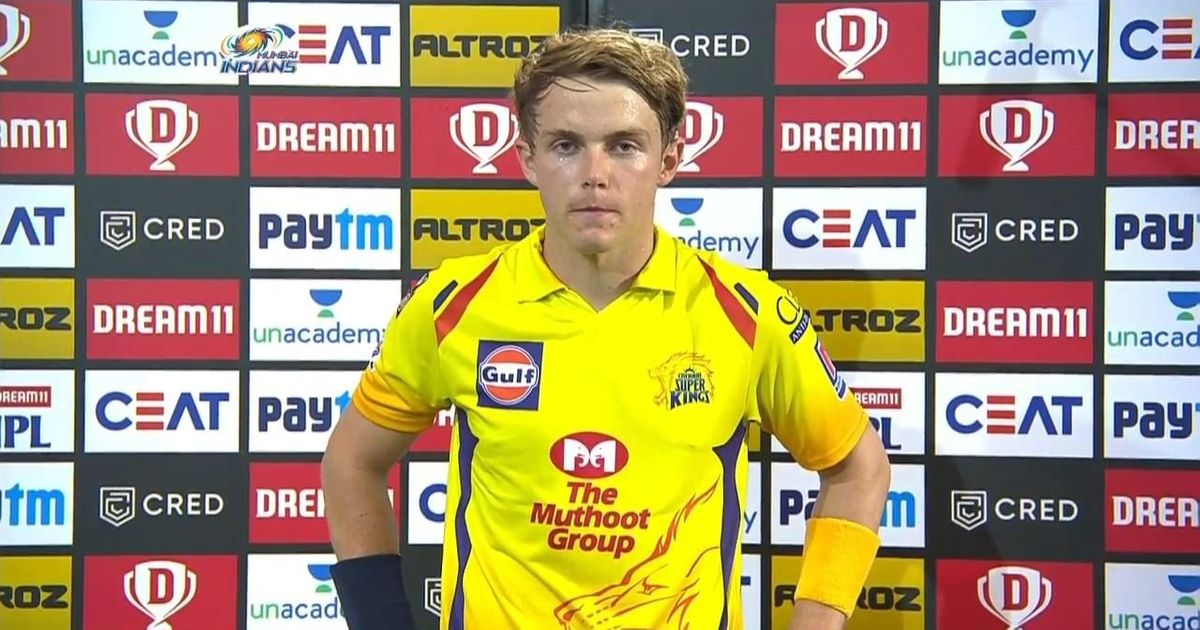 Chennai Super Kings (CSK) with their recent wins dented hopes of teams who were looking to seal their spot in the IPL 2020 playoffs. Their England-based allrounder Sam Curran in a light-hearted manner boasted of his team playing party spoilers. Going by his comments, commentator Ian Bishop called him a ‘naughty party spoiler’ to which Sam Curran came up with a fitting hilarious reply.

Time To Spoil Their Parties – Sam Curran
The Chennai Super Kings registered convinving wins in the last couple of games. Perhaps, an early exit saw them play the perfect party spoilers. Teams who had one foot in the playoffs were pegged back by the MS Dhoni-led side. Chennai’s allrounder Sam Curran, one of the prominent performers this season was caught in a naughty mood before the start of their last game.

While talking to commentator Ian Bishop, Curran stated – “Other teams partied the other day when we beat Kolkata, they are probably struggling for the playoffs now. Now hopefully if we beat Kings XI, they’ll be out as well. It’s all good fun”. As hilarious as it sounds, CSK did manage to upset and knockout some contenders from the playoffs.

Bishop’s “Naughty” Remark and Curran’s Fitting Response
(Pun intended) Come to someone else’s party and spoil it. That’s exactly what Sam Curran boasted off in his pre-match interview with Ian Bishop. On the comment, Bishop remarked Curran as being ‘naughty’. The West Indian added, “That’s very naughty of you really to be spoiling other people’s parties all the time.” What followed was a hilarious exchange and a fitting response from Sam Curran. He instantly replied, “They spoiled out party earlier in the competition by beating us. So let’s try to beat them today.” Chennai had a lean patch during the league which saw them slip to the bottom of the points table and eventually miss out on the playoffs for the first time in the league’s history.

Super Kings Register Convincing Win
The Chennai Super Kings (CSK) ended their Indian Premier League 2020 campaign on a high, registering their second consecutive win; the latest one over Kings XI Punjab. With the win, they finished their dismal season in 7th place (one above Rajasthan Royals who succumbed to a defeat later in the day to Kolkata Knight Riders).