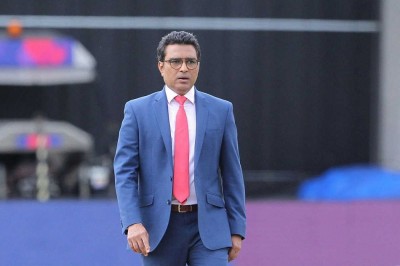 Former India opener Sanjay Manjrekar has been voicing his insights quite actively in the ongoing India-Australia series. The ex-Indian ‘keeper bat, who recently relapsed his commentary duties with the Sony Pictures Sports (SPN) network, reckons India all-rounder Ravichandran Ashwin’s decline in batting is a consequence of his batting demotion.

Currently ranked 6 on ICC’s list of all-rounders, Ashwin has played many significant knocks for the Indian red-ball team. The 34-year-old Tamil Nadu star has four centuries and 11 half-centuries to his name and averages close to 30. In fact, his batting prowess in the Indian middle-order even prompted him to bat at TN’s top-order for a while.

However, there has been a considerable diminish in Ash’s batting returns since August 2017. He has played 20 test matches in that duration and hasn’t been able to score a single half-century. His batting average, too, has plummeted to a disappointing 15.37 in this interim.

Consequently, captain Virat Kohli has often had to make some tough selection calls on choosing his spinners. In recent years, the Indian team has largely preferred Ashwin’s fellow offie, Ravindra Jadeja, thanks to his extra batting abilities.

Manjrekar reckons that a drop in batsmanship has demoted Ashwin from his erstwhile, ‘undroppable’ stature in the test team. “Batsmen (should) have an average of 35, and that’s what Ashwin averaged till 2016. So, he was almost playing the role of an all-rounder. He had four centuries, all against West Indies, and 10 fifties for a match-winning bowler,” he observed during a live discussion with the SPN  broadcasters’ panel.

“But nowadays, he is also thinking that he should focus more on his bowling. There is more pressure on his bowling now. Because earlier, if the team had to pick one spinner, Ashwin got the nod-ahead. But now Jadeja is also competing with him in Tests,” he noted.

Manjrekar concluded with a self-made theory that Jadeja’s promotion in the Indian batting order has had a direct effect on Ashwin’s ‘motivation’ to focus on the other skill. “But I have a theory that after 2017, Jadeja as a batsman has started to come ahead of him. He (Jadeja) has developed better as a batsman. That means Ashwin’s number went a little lower. I think that’s a direct reason for his batting motivation to come down,” he concluded.