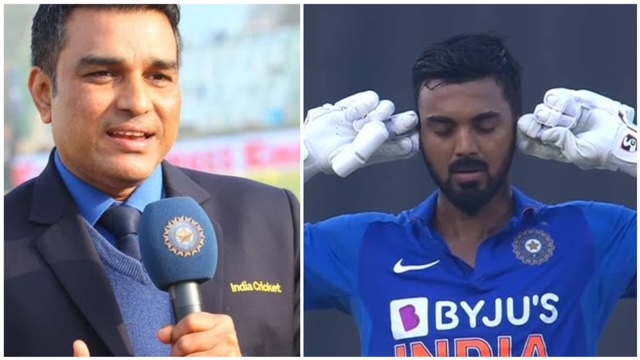 KL Rahul is in great touch in this year’s IPL. The right-handed batsman has scored almost 600 runs for his team and is the table topper in the list. He has led Kings XI Punjab by example and his team is now reaping the benefits with 5 back to back wins. The teams for Australia tour was announced on Monday and Sanjay Manjrekar feels KL Rahul is lucky to have gotten a place in all the three formats.

Rohit Sharma has not been included in any of the squad and KL Rahul has been appointed the vice-captain of the ODI and T20I squads. Rahul led Punjab didn’t start their tournament very well as they lost majority of the games in the first half. However, they came back strongly in the second half and now have won 5 back to back games.

Sanjay Manjrekar has had a long relationship with controversies and many a times he has had to face the brunt of it. He may spark a new controversy with his latest comment on KL Rahul.

Manjrekar showed his displeasure on Twitter writing, “You set a bad precedent when you recall a player for Tests on IPL performance. Especially if the player has been an abject failure in his last few Tests. Whether that player succeeds or fails is irrelevant, such selections massively demotivate Ranji players.”

You set a bad precedent when you recall a player for Tests on IPL performance. Especially if the player has been an abject failure in his last few Tests. Whether that player succeeds or fails is irrelevant, such selections massively demotivate Ranji players. #INDvsAUS

Sanjay Manjrekar didn’t specify at whom this tweet was directed to, however, replying to a fan he showed KL Rahul’s poor stats in the recent past. Sanjay Manjrekar’s tweet will definitely land him in a fresh controversy as he has once again targeted Indian team management and KL Rahul. Earlier, Manjrekar was dropped by the BCCI from the commentary panel due to his controversial comments.

Manjrekar had called Ravindra Jadeja a ‘bits and pieces’ player which caused a lot of backlash for the former India cricketer. It would be interesting to see how KL Rahul reacts to Manjrekar’s statement calling him lucky. On the work front, KL Rahul is busy with the 13th edition of the Indian Premier League and his team is still in the race to playoffs.