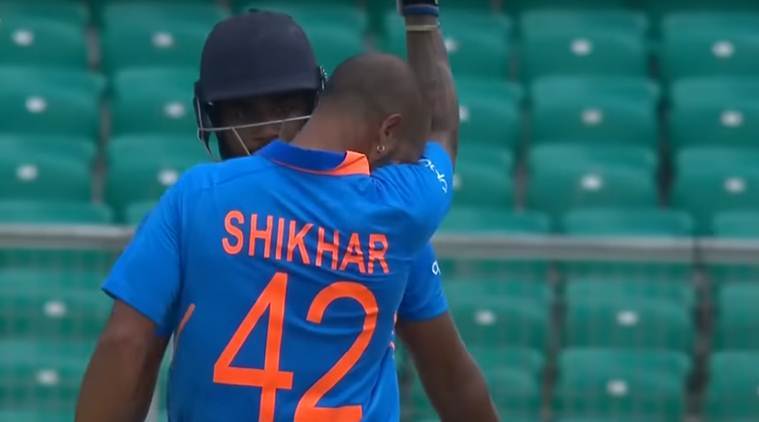 Shikhar Dhawan copped a nasty blow on his neck while he was attempting a scoop shot off Beuran Hendricks’ short ball. This incident took place during the unofficial match between India A and South Africa last Friday. When Sanju Samson and Shikhar were playing in the third over of the Indian innings of 20-20 match. The match was played at the Greenfield International Stadium, Thiruvananthapuram.

However, after the blow on his head, he continued to play and scored a half-century. He had scored 51 runs off just 36 balls which includes five fours and two sixes. Shikhar Dhawan and Sanju Samson laid a partnership of 135 runs for the second wicket. This partnership helped the team in giving a good target to the opposition.

We fall, we break, we fail… But then… WE RISE, WE HEAL, WE OVERCOME.

Meanwhile, as soon as the video upload Bollywood star Ranveer Singh and Sanju Samson come up with a comment over the video. Ranveer Singh commented, “Never back down #JattPower.”  And over this Shikhar replied, “@ranveersingh kuch vi ho jaaye ghutne ni laundey kadey #jatt power” (whatever problem come in life, never back down) 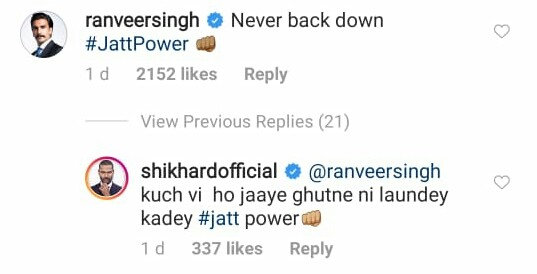 However, the most epic comment was from his partner Sanju Samson. Actually, Sanju has shared the words which came from Shikhar, after the blow on Shikhar’s neck. Sanju Samson commented, “After getting hit he says to me… Ball ko dekh toot gaya hoga (the ball must have broken) !!” After this, the Indian opener batsman has also reacted over this comment. He replied, “@imsanjusamson 😜🤣🤣 bat toh karni hai hamesha chaiyeh dard mein kyun nah ho (always need to talk, whether you are in pain) You are a champ bro, very well played” 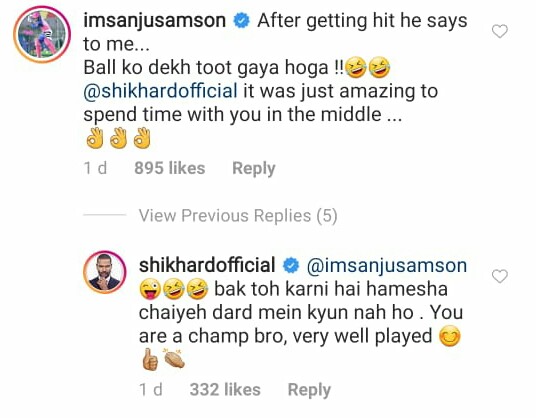