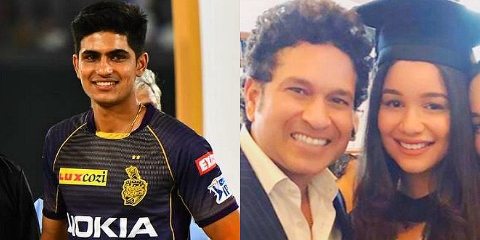 Legendary cricketer Sachin Tendulkar’s daughter Sara Tendulkar has been a topic of gossip these days, if not to be rumored. For it was a recent post on Instagram by Sara which reignited rumors of her dating cricketer Shubman Gill.

Sara Tendulkar’ Instagram Story
In her story posted on Instagram was a clip from the match between the Mumbai Indians and the Kolkata Knight Riders. In the short clip, Shubman Gill is seen making a diving effort to stop a shot. Not just the clip but it was the heart emojis added to it that caught the attention of her followers. Could that be a hint of things cooking between Sara and the young Knight Riders batsman? 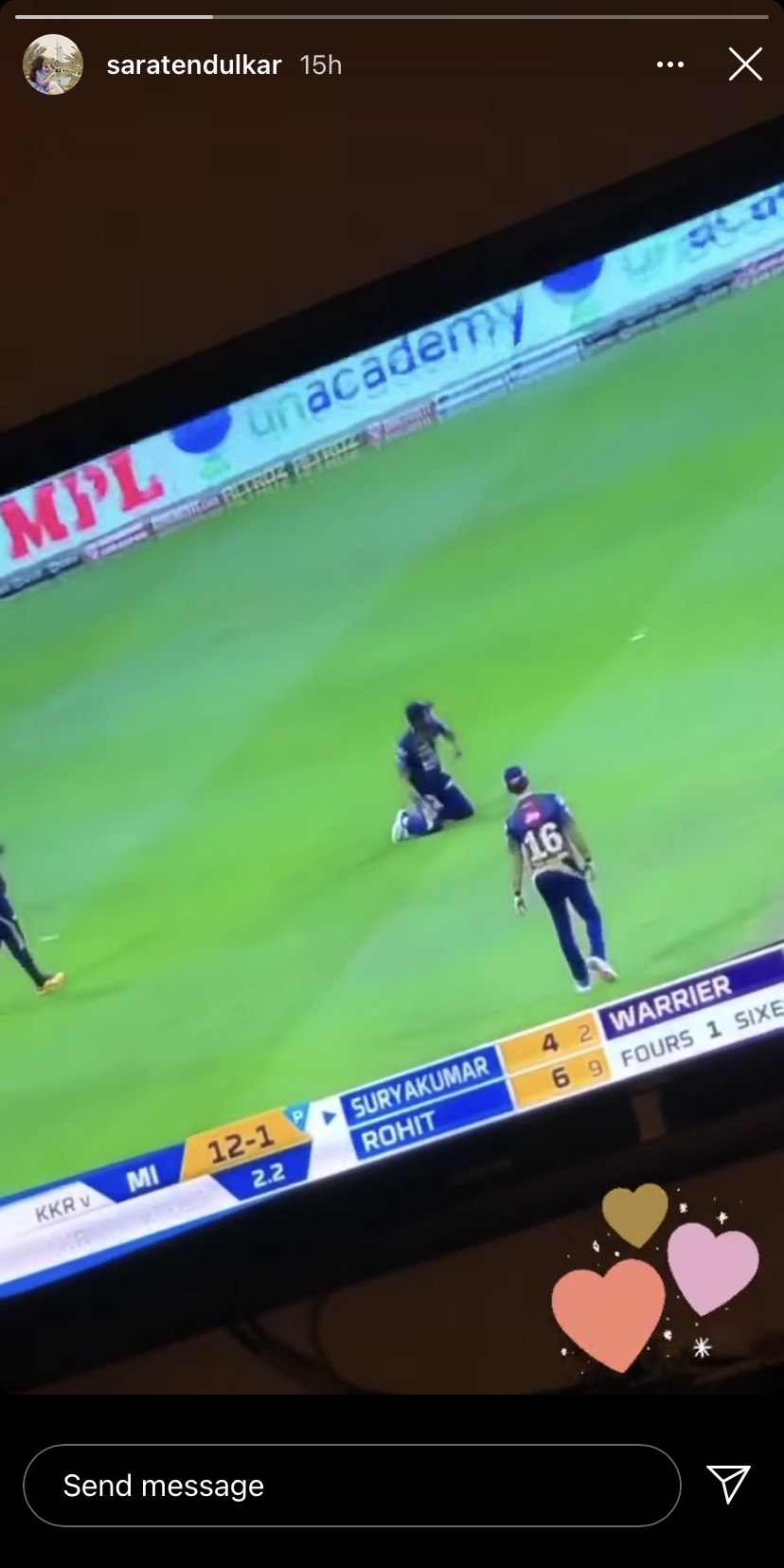 Throwback to their last exchange in which Sara Tendulkar had posted a picture of herself and captioned it – ‘I spy’. Shubman Gill followed next by posting a picture of himself and using the same caption which Sara did. Perhaps, the first sign that fans caught flying between the duo.

Shubman Gill’s Poor First Outing
It was a match to forget for Shubman Gill at this year’s Indian Premier League. Opening the innings for his side (the Kolkata Knight Riders), Gill could manage only 7 runs (scored off 11 balls, including a boundary). During his stay at the crease, Gill was finding it difficult to counter the Mumbai Indians’ pace attack, succumbing in the third over of their chase.

KKR Begin On a Losing Note
Kolkata Knight Riders (KKR) didn’t have a good outing in their first game of this season’s Indian Premier League. The Dinesh Karthik led side lost to the Mumbai Indians by 49 runs. Having won the toss and sending the Mumbai Indians to bat first, KKR was left to chase down a daunting task of 196 runs. The Mumbai Indians inning well laid around a quick 80 by skipper Rohit Sharma. KKR on the other hand didn’t quite look settled in their chase and ended up falling short by 49 runs.

The men in purple will definitely look to turn things around in their next outing (against Sunrisers Hyderabad). All eyes will be on opening batsman Shubman Gill to deliver at the top of the innings. And with the recent rumours surrounding him, the batsman would not want to get carried away…perhaps showcase a good performance on the field.