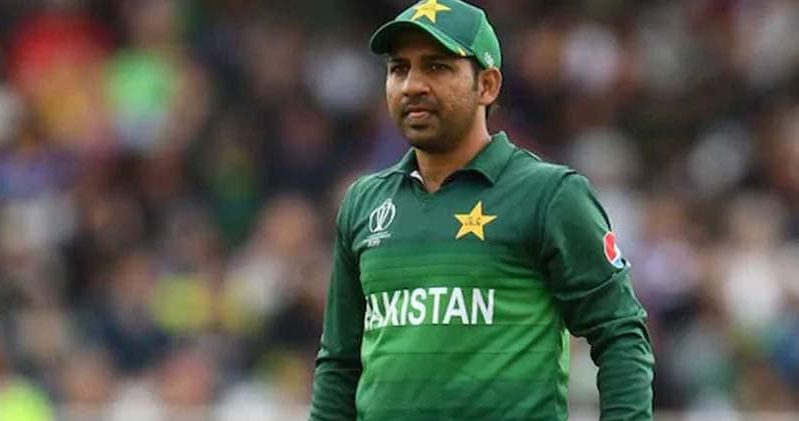 All was not good for former Pakistan skipper Sarfaraz Ahmed on his return to international cricket. Having been on the sidelines for a while now, Sarfaraz finally got a nod to play in the 3rd T20 international against England. But as it turned out, Sarfaraz Ahmed fumbled an easy stumping chance to send back England’s Moeen Ali.

Sarfaraz Fumbles Behind The Stumps
Being an experienced campaigner, Sarfaraz Ahmed had a nightmare behind the stumps. During the England innings in the 3rd  T20, he fumbled an easy stumping opportunity to dismiss Moeen Ali. The worst part of it, Sarfaraz had the ball well held in his gloves but he just couldn’t go ahead and knock the bails off with Ali stranded out of the crease.

It happened during the 11th over of the England chase with Moeen Ali batting on 7. Ali had stepped out to play a big hit off-spinner Imad Wasim when he was deceived and missed the shot completely. Pakistan keeper Sarfaraz Ahmed collected the ball cleanly but couldn’t complete the easiest of stumping opportunities.

Moeen Ali’s Knock Goes in Vain
After a reprieve, Moeen Ali let loose and hammered the Pakistan bowling to all ends of the ground. His knock of 61 off 33 deliveries included six boundaries and an equal number of hits over the fence. However, it wasn’t enough as his dismissal ended England’s chances of a win and they went on to lose by 5 runs.

Hafeez Shines For Pakistan
Veteran Pakistan batsman Mohammed Hafeez had a merry time out in the middle. He came in to bat when England had just dismissed the two Pakistan openers and managed to choke the run rate. Hafeez was involved in a century-run stand with Haider Ali and carried his bat through the innings with a knock of 86 off 52 (4 fours and 6 sixes).

With Pakistan finally registering a win on the tour, it also comes as much reprieve for Sarfaraz Ahmed on his return to international cricket. For the stumping chance he fumbled, it almost cost Pakistan the game and the series.