Despite no TV channel to telecast the Saudi Arabia League in India, fans can still watch Al Nassr matches via OTT platform. 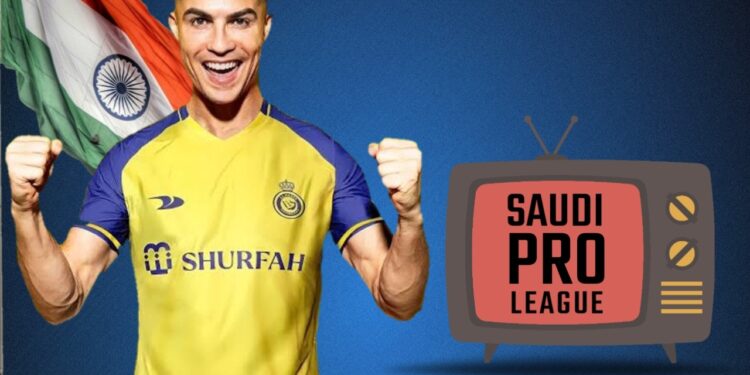 Saudi Pro League can be watched in India (Pic - Twitter)

Cristiano Ronaldo is all set to play his first game for Al Nassr on Thursday. The Portuguese Star will make his debut in Saudi Pro League, also known as Roshn Saudi League (RSL) with the game against Al-Ta’ee. We all are aware of Ronaldo’s fan following in India and fans here are eager to watch their favourite footballer playing in Saudi Arabia. Meanwhile, fans are asking where to watch Saudi Pro League’s live TV telecast in India. In this space, you will find out how to stream Al Nassr matches in India.

Before Cristiano Ronaldo’s arrival, Al Nassr are at the top of the table after playing 11 out of 30 games in the ongoing season. The Riyadh-based club is one of the biggest clubs in Saudi Arabia and has won the league title 8 times. On January 3, the club welcomed the Portugal Star as he got lavish reception as an unveiling ceremony.

Roshn Saudi League is one of the top leagues in Asia whose clubs dominate the AFC Champions League. Clubs from the league have won 6 ACL titles in the past years. With Cristiano Ronaldo’s arrival, it will get more popular around the globe.

The bad news for fans is that as of now, no broadcaster has acquired the rights of Saudi Arabia’s football league. So there will be no live telecast of the Saudi Pro League 2022-23 in India on any TV channel. But as Ronaldo has entered the league, there might be a bidding war for the broadcasting rights of Al Nassr’s matches in the coming days. But there are some ways to watch Al Nassr matches in the country.

How to watch Al Nassr Matches’ Live Streaming in India?

Despite no TV channel to telecast Al Nassr’s matches, fans will be able to watch live streaming of the Saudi Pro League in India via OTT app. OTT platform named Shahid – MBC will provide live stream of Roshn Saudi League in India. However, the monthly subscription of the app will cost you $13.77 (around 1140 Indian rupees). The mentioned app can be downloaded from Google Play Store or Apple’s App Store.